Home / News / Bermudez Returns to ‘One Life’ Amidst Glitz, Glamour, and Drama 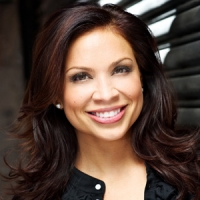 (SoapOperaNetwork.com) — “One Life to Live” is rolling out the red carpet for the return one of Llanview’s infamous investigative journalists — literally. Radio personality Carolina Bermudez returns as the hard nosed WVL-TV reporter Blanca Morales later this month as David’s (Tuc Watkins) biopic “Vicker Man” finally makes it long-awaited premiere. However, don’t expect things to go off without a hitch.

On Thursday, July 28, Blanca catches up with Llanview’s first couple on the red carpet at the movie’s star-studded debut for an exclusive interview, and gets more than she bargained for when Dorian is confronted by her big screen counterpart Ionia (Kate Hodge). Meanwhile, Markko (Jason Tam) also arrives for the premiere, proud of the fact that he is now a big Hollywood film director.

But that’s not all. The movie premiere will also serve as a backdrop for the next chapter for two very different storylines, both of which have recently begun to pick up steam. Look for one Llanview resident’s dirty little secret to be exposed for all to see, and for the lives of several others to be turned upside down following a shocking revelation.

As for Bermudez, she was last seen on “One Life” in May when Clint Buchanan (Jerry verDorn), thinking he was on his deathbed, confessed on live television to murdering Eddie Ford to protect his nephew Matthew (Eddie Alderson). She will also air on Thursday, July 14, when the man with the scar (Roger Howarth) watches a video of Blanca’s report of Todd’s recent shooting outside Rodi’s.