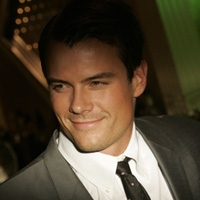 (SoapOperaNetwork.com) — Soap Opera Network first reported news of a Josh Duhamel return being in the works at “All My Children” in May following the 38-year-old actor making curious comments relating to the cancelled ABC soap on “The Ellen Degeneres Show,” Twitter and Facebook. On Monday, June 6, ABC confirmed speculation with the announcement that the “Transformers” star will indeed return to the serial drama that started his acting career this summer.

Entertainment Weekly reports that Duhamel will make a cameo appearance in one or potentially two episodes this August. The Daytime Emmy Award winner, who aired on “All My Children” from November 1999 to October 2002, has not taped the aforementioned appearances yet. There is no final word out on if Leo du Pres, who disappeared into the raging waters of Miller Falls while attempting to rescue his wife Greenlee (Rebecca Budig) from his deranged mother, will return as a ghost or in the flesh. For what it’s worth on that front, late on Tuesday evening, Duhamel did tweet to his followers that “Leo Lives!!!” Stay Tuned.

On the high profile return, Julie Hanan Carruthers, Executive Producer of “All My Children,” notes that the soap she heads is “thrilled and excited to welcome Josh back to Pine Valley.” Referencing in part some of the many returns executives at “All My Children” have ironed out and are working on as they inch closer to September 2, the final tape-date for the soap that will last air on ABC on September 23, she adds that “the appearance of Leo is sure to be one of the highlights of the season.”

Duhamel, who attended and presented at this past weekend’s “MTV Move Awards,” will once again hit the big-screen before his trip back to Pine Valley. On Wednesday, June 29, “Transformers: Dark of the Moon” opens in theaters across the world in 3D. This will mark the third installment in that blockbuster series. Duhamel has starred in each installment, alongside Shia LeBeouf, John Turturro and Tyrese Gibson, as hero Lt. Colonel William Lennox.