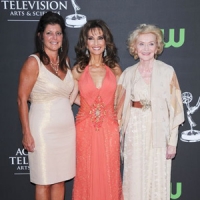 (SoapOperaNetwork.com) — “It’s been a fantastic journey. I’ve loved playing Erica Kane and working with Agnes Nixon and all the incredible people involved with All My Children. I’m looking forward to all kinds of new and exciting opportunities.” That is the original statement Susan Lucci released to the press immediately following the announcement of the cancellation of “All My Children” and “One Life to Live.” Lucci, as usual, has been nothing but class and strength in the face of adversity; but following a press-tour where she denounced rumors of cancellation for weeks, is there more to the story?

Entertainment analysts and ardent fans have been asking that very question since reports surfaced that the premier star of the daytime drama format, Susan Lucci, apparently learned the news of “All My Children’s” cancellation with fellow cast-mates and “One Life to Live” friends about fifteen minutes before the news was released to the press on Thursday afternoon. Following the announcement, a seemingly chipper Brian Frons, President of ABC Daytime, went to numerous sources countering three weeks of statements Lucci had been earnestly making to the press and fans about rumors of the soaps demise and financial state during her press-and-book-tour for her New York Times Best Selling memoir “All My Life.”

On Monday, March 28, Lucci went on “Good Morning America” explaining that “the fact that the network moved us from New York to our brand new digs in LA was a big financial vote of confidence. We just received a letter from the Vice President of Finance, congratulating us on what great shape we’re in.” Late last week, responding to his reasoning for the cancellation, Frons told Entertainment Weekly that due to declining viewership “we had trouble making profit on these shows, particularly on All My Children”. Lucci further explained to multiple interviewers, in recent weeks, that “[cancellation] is a rumor. It’s a rumor that is not coming from ABC. We have, I have just been given my schedule for next year. So, that’s what I know!” On Thursday, Frons explained to Deadline.com that “a year ago, we started to look at our projections where the ratings for the soaps would go…When those projections came in pretty discouraging, the network began to aggressively develop replacement shows, 15 of them.” He went on to explain that the final decision to cancel one soap, many speculate “AMC,” was made weeks ago – but they the final decision to cancel both “AMC” and “OLTL” was made in the last week.

Despite what appears to be ABC’s poor employer-to-press-and-employee relations, true to her nature, Lucci has yet to utter one negative word about her bosses at ABC. In recent days, the absolutely stunning 64-year old actress told followers on her official Twitter page that “it saddens me that All My Children is canceled….thank you for the outpouring of spirit and support. Your kind words mean so very much to me.” TMZ.com caught up with the star’s daughter, Liza Huber, who elaborated that her mother was “upset” to learn of the cancellation on Thursday. The former soap star also revealed that her mother already has many offers [acting and otherwise] on the table. There is no doubt this is one classy mega-star that will excel on whatever path she chooses to take.