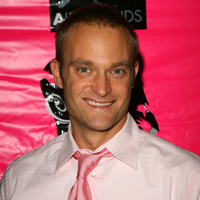 Allen will portray Eric Whitlow , a patient needing a liver transplant who arrives at General Hospital seeking medical attention. He is assisted by Dr. Julian, a gay medical intern, and the two form a romantic relationship as they work together in finding Eric a suitable donor. The actor joins the primetime soap on Tuesday, September 23 for three episodes.

“We’re delighted to have Chad join our show because, not only is he a remarkable actor, he’s also an amazing activist. For years I have been inspired by Chad and welcome the honesty and authenticity that he will bring to our show,” said head writer Sri Rao.

Allen is best known for his role as Matthew Cooper in the CBS series “Dr. Quinn, Medicine Woman” in the early 1990’s. He has also appeared in “NYPD Blue,” “Criminal Minds” and “St. Elsewhere.” He can currently be seen in the here! original television movies “Third Man Out,” “Shock to the System” and “On the Other Hand,” a series of films based on the popular Donald Strachey Mystery novels by Richard Stevenson about a gay private detective in Albany, NY. He will star in the next chapter, “Death and Ice Blues,” which is set for release later this year.