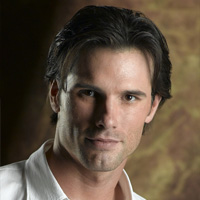 (SoapOperaNetwork.com) — Best known for his roles on "Days our Our Lives" and "As the World Turns," controversial daytime heartthrob Austin Peck lands a role on "One Life to Live."

Soap Opera Digest is reporting that the soap vet, who was abruptly fired from "ATWT" in 2009 amid rumors he was having an affair with a co-star, has joined the cast of "OLTL" is an undisclosed role.

Scheduled to begin taping scenes on Monday, January 31, Peck tells SOD that "In a lot of ways, it's a compliment that they feel I can play this character. I don't know what kind of legs this character will have; hopefully, he'll have strong ones. It all depends on how they write him and what I do with what they give me. No matter what, I am going to do my best to bring it alive and have fun."

The move allows Peck and Terri Conn (Aubrey), who are currently dating, the chance to work together again. "We both lamented over the past year how much we miss working with each other. Who knows whether our characters will have any interaction, but the fact that we'll be on the same set on some of the same days is quite a consolation."

Peck made his daytime debut as Austin Reed on "Days of our Lives" in 1992. After leaving the show in 2002, he returned from 2005-2006, and again briefly in 2010. From 2007-2009 he played Brad Snyder on "As the World Turns." Other television and film credits include "Sabrina the Teenage Witch," "Charmed," "Dating Games People Play," and "The Blue Tooth Virgin." In addition, he has also appeared in Playgirl and YM. Peck and former "DAYS" co-star Christie Clark (Carrie) received a Soap Opera Digest Award for Hottest Romance in 1997.