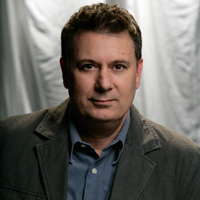 (SoapOperaNetwork.com) — “The Young and the Restless” is about to get a new Executive Producer according to published reports, but are those reports accurate?

According to TV Guide Canada‘s Nelson Branco in his latest Suds Report column, “Young and Restless” Executive Producer, Josh Griffith, was fired the same day that Ed Scott was replaced by Gary Tomlin as Executive Producer at “Days of our Lives.” However, according to a statement released by Sony Pictures Television, producers of “Y&R,” to Soap Opera Digest, everything indicates that all is honky-dory in Genoa City.

Griffith was named Executive Producer and Head Writer of “The Young and the Restless” in November 2007 after going fi-core status during the WGA Writer’s Strike. He replaced Lynn Marie Latham, who also pulled double duty as Executive Producer and Head Writer. Latham was fired along with her husband Bernard Lechowick, who served as a Creative Consultant, and writers Marina Alburger and Lynsey Dufour in February 2008.

The producer is best known for his work on ABC’s “One Life to Live,” where he served as co-head writer along-side Michael Malone in the early 1990’s. The duo won the Outstanding Writing in a Drama Series Emmy for “One Life” in 1994. Griffith got his start in television as a Breakdown Writer/Script Writer for NBC’s “Santa Barbara” in 1988.

“The Young and the Restless” airs Weekdays on CBS. Weeknights on SOAPnet. Anytime on CBS.com. Check local listings.