Home / News / Hearst Ready to Whip ‘B&B’ Back into Shape

FacebookTwitterPinterestReddItLinkedin
TumblrEmailWhatsApp
Monday, May 11, 2009 11:30 AM ET | By Errol Lewis 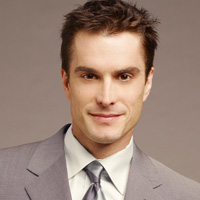 (SoapOperaNetwork.com) — Well that was fast! Just days after it was announced that Rick Hearst would be leaving ABC’s “General Hospital”, TVGuide.com is reporting that the actor has signed on the dotted line with CBS’ “The Bold and the Beautiful” to reprise his organic character Whipple ‘Whip’ Jones III.

Last seen in August 2002, Whip left town after divorcing Brooke Logan Forrester (Katherine Kelly Lang) once their charade of a marriage began to unfold. He is back from working abroad for Forrester International. It is understood that Stephanie Forrester (Susan Flannery) sends for Mr. Jones as she feels he is the best person to handle a PR Campaign for Jackie M. Knowing Whip, he isn’t back in Los Angeles just to get work done.

Hearst’s first airdate on “B&B” is scheduled for Friday, July 17. His final appearance on “GH” as Ric Lansing is set to air in June, but ABC yet to confirm a last airdate.

In addition to his extensive work in daytime, Rick has appeared in a number of primetime series including The WB’s “Charmed”, FOX’s “Beverly Hills, 90210” and USA Network’s “Pacific Blue”. In 2005, he joined an all-star soap opera cast in the Corbin Bernsen film “Carpool Guy”. The film told the story of a guy named Joel (Hearst), who finds himself stuck in life – not in traffic. He is aided by a homeless man (played by Anthony Geary, Luke Spencer “General Hospital”) that sets him on the right path. The film also starred Patrika Darbo (ex-Nancy Wesley, “Days of our Lives”), Sharon Case (Sharon Newman Abbott, “The Young and the Restless”), Sean Kanan (ex-Deacon Sharpe, “The Bold and the Beautiful”), Lesli Kay (Felicia Forrester, “The Bold and the Beautiful”) and Kristoff St. John (Neil Winters, ”The Young and the Restless”).

Discussion:  Hearst Ready to Whip ‘B&B’ Back into Shape