A web of lies.

(SoapOperaNetwork.com) — You can’t run away from your problems.

On the verge of lovemaking, Natalie and Jared are interrupted by Viki. Natalie asks Viki if maybe she could talk to Calvin. Jared doesn’t believe Natalie’s claim that nothing will ever happen between them. Viki quizzes Calvin about his sudden interest in BE. Clint warns Bo and Nora that he’s going to continue to fight dirty in order to save BE. Bo and Clint are shocked by Calvin’s announcement that he is calling off his takeover attempt. Calvin refuses to be Dorian’s pawn. Meanwhile, Dorian’s blood boils when she realizes that Viki is responsible for her latest roadblock. Jared devises ways to spend time with Natalie, who is angry to discover that Jared tricked her into going to the Buchanan Ranch under false pretenses. Jared opens up his heart to Natalie and regrets having chosen the Buchanan name over her, all the while begging her to give him a second chance.

Starr is floored by Cole’s suggestion that get married and run away from their troubles. While spending time with her family, Starr becomes emotional upon realizing that it will be her last night with them. Starr and Langston share an emotional farwell. Viki bumps into Starr as she is about to leave to meet Cole. Starr tells Viki that she was on her way to meet Cole, but leaves out the fact that they had planned on running away together. Viki decides not to tell Blair and Todd that Starr was planning to see Cole. Dodging a few more close calls, Starr and Cole meet on the docks. Cole tries to calm Starr’s fears by promising to take care of her and the baby, and later drive off to start their new life. Starr and Cole find shelter in a rundown old beach house. Langston tries her best to cover for Starr in front of Todd and Blair. A furious Todd terrorizes Llanview by blaming people left and right for Starr’s running away from home. Blair seeks John’s help, and reaches her boiling point with Todd when he refuses to take any responsibility for his actions concerning Starr. Dorian receives a jolt when she demands answers from Langston.

When it looks like Rex is about to kiss her, Gigi slaps him. Rex explains that he was just demonstrating to Gigi how Jared is taking advantage of her, however both remain unnerved about the ordeal. Gigi confesses to Marcie that she still has feelings for Rex. Gigi recalls a time when Brody wanted to marry her even though she was pregnant with another man’s baby. Adriana attempts to convince Brody to come to Llanview to be with Gigi and Shane. Dorian, Layla, and Adriana are surprised by Brody’s temper. Adriana remains convinced that her plan will work, however, Layla worries what Brody’s return will do to Shane and Gigi. Layla finds a naked woman in Brody’s bed at the Palace, and summons Adriana to his room. Adriana, meanwhile, asks Dorian for her help. Brody manages to sneak past Adriana, Layla, and Dorian.

– Eddie pushes John’s buttons about what he and Talia are doing to Antonio.

– When Carlotta and Jamie drop by the LPD, Antonio, John, and Talia are taken aback by Ramsey’s kindness toward the girl.

– Ramsey lets an unsuspecting Antonio get away with stealing money from a drug bust.

– Sarah has a difference of opinion with Jessica and Cristian over his artwork for Nash’s wine label; Jessica suprises herself by passionately defending Cristian.

– As Jessica and Cristian grow closer over what his work means to him, Nash borrows more money from his partner.

– The tension continues to mount between Antonio and John and Talia.

Wednesday: John and Blair team up to search for Starr and Cole; Natalie debates telling Rex and Viki the truth about Charlie; a violent Todd demands answers from Langston and Markko; David Vickers returns to Llanview.

Thursday: Rex performs a striptease and unexpectedly becomes the pre-show for Snoop Dogg; Todd begs Starr to come home; Gigi confesses to Marcie that she’s in love with Rex.

Friday: Starr and Cole are closer to Blair and John than either realize; Snoop Dogg performs at UV and has a surprise connection to a leading Llanview citizen; David believes he has found
his newest meal ticket. 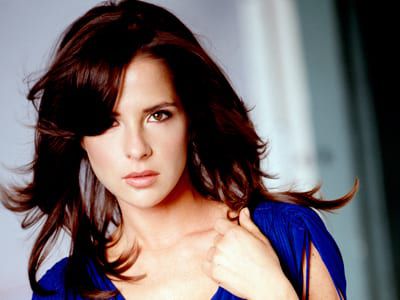 OLTL Teasers: Week of May 31 Edition