If you’ve been enjoying the dynamic between “Days of our Lives” Theresa (Jen Lilley), Shane (Charles Shaughnessy) and Kimberly (Patsy Pease), you’re not the only one! Shaughnessy and Pease shared their thoughts on the parent/daughter relationship with Soap Opera Network last week, and Lilley is now weighing in on the dramatic storyline!

When the news broke that Charles Shaughnessy and Patsy Pease were headed back to “Days of our Lives” as Shane and Kimberly, daytime fans went wild. The two halves of the show’s former supercouple haven’t been in Salem at the same time since Alice’s funeral over three years ago, so their brief return — placed right in the midst of November Sweeps — has been viewed as an early holiday present by many. But as both actors tell Soap Opera Network, their quick drop into Salem won’t exactly be merry and bright, considering a suicide attempt by their onscreen daughter, Theresa (Jen Lilley), is what brings them back to town! Read on for the full storyline scoop as well as Pease and Shaughnessy’s thoughts about returning to the soap that helped make them household names!

We’ve been keeping a little secret for over a month now, and we can finally reveal what we’ve been dying to report: Charles Shaughnessy and Patsy Pease are returning to “Days of our Lives” as Shane Donovan and Kimberly Brady! 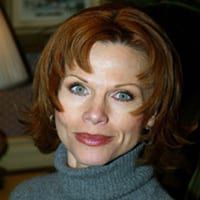