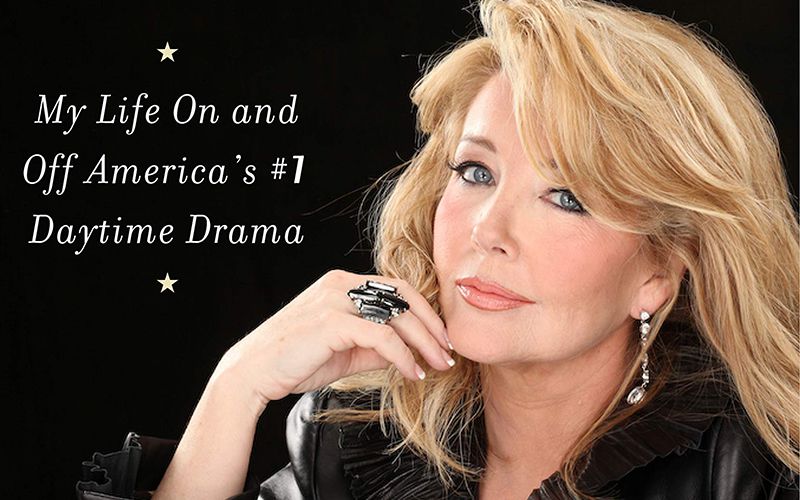 As viewers get ready to witness the wedding of Victoria Newman and Ashland Locke (Amelia Heinle and Richard Burgi) on Thursday, October 14, some of the leading ladies from CBS’ “The Young and the Restless” are reminiscing about their favorite weddings from the series as well as their own characters’ walks down the aisle over the years.

For Melissa Ordway (Abby Newman), the most epic “Y&R” wedding was the first nuptials between Victor and Nikki Newman (Eric Braeden and Melody Thomas Scott). “The dress… just the whole thing,” Ordway says. “I remember my barbies were playing Victor and Nikki, and I would sit there and my mom would watch and my barbies would have these like beautiful weddings with all the barbie dresses. I just remember being so amazed by just how beautiful Mel, or Nikki, was and just… I don’t know, it just looked so perfect. I wanted my real-life wedding to be like that someday.”

“‘Y&R’ has had amazing weddings,” chimes in Michelle Stafford (Phyllis Summers). “The Michael and Lauren [Christian Le Blanc and Tracey E. Bregman] wedding, that was huge. That went on for days.”

“The costumes are extraordinary. The wedding dresses are amazing but it’s all the other undercurrent of storyline too,” adds Bregman.

Echoing Morgan, Christel Khalil (Lily Winters) says, “I think we’re just really good at romance. The love, the romance. It’s like they know how to write the way it all kind of comes together with the family and the love, and they know how to create that little bit of drama to kind of make it [where the fans go], ‘Oh, I hope the wedding goes well.’”

“We always have such a good time together and I think that always comes across in the scenes, and I’m sure that’s such a large part of the reason why the viewers love it so much because they can really feel the love, no matter what’s happening,” shares Elizabeth Hendrickson (Chloe Mitchell). “Whether there are fights or a cake being thrown, or, you know, all the crazy things that happen in the middle of the wedding because a soap wedding never ends perfectly. Something always does happen, but we [the actors] are always having fun.”

“It’s how the relationships were built, and it’s the audience knowing our characters so well, and knowing and imagining, and watching and also feeling at home the feelings because they’ve grown up with us,” examines Laurelee Bell (Christine Blair Williams). “They’ve gone along for the journey. They’ve felt the love. They’ve felt the good days and bad, so, when you’re finally there at that moment there is a rush of emotion. I watch the show as a fan as well and I get that same kind of feeling just because you know these people so well.

Sharon Case (Sharon Newman Rosales) adds that “because it’s about family, the show is a lot about love and romance, and, so, ‘Young and the Restless’ is famous for its weddings for that reason.”

“Our fans like to feel that they are on the journey with the characters and you get two iconic characters that they are rooting for, it becomes a very special moment in their lives, and often, even though we’re in the TV screen playing that out, it becomes an important moment in their lives too because, let’s face it, so many of our fans were in their living room every day and so we’ve become like family,” explains Melody Thomas Scott. “These weddings are very, very important and they get to see the magic between their favorite characters,” she adds before jokingly stating, “Of course, who knows how long it will last.”

Watch as the ladies share their favorite moments and memories of “Y&R” wedding’s past, along with clips from some of the most iconic moments intermixed, below.

Look for additional content in this series to post later this week across the “Y&R” social channels.