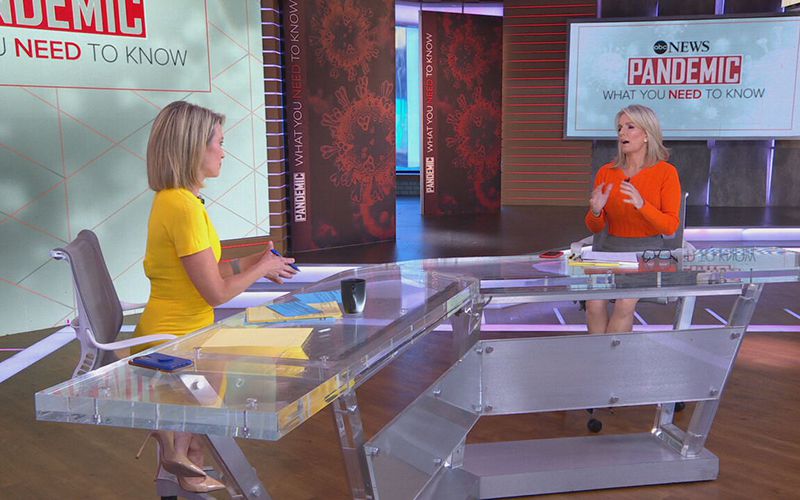 “The View” will launch its 25th season on Tuesday, September 7 with just Whoopi Goldberg, Joy Behar, Sara Haines and Sunny Hostin remaining on the panel after the departure of Meghan McCain at the end of last season. With no new permanent fifth co-host announced, the quartet will kick things off with a rotation of conservative guest co-hosts to fill the vacant seat over the next couple of months. Political analyst and commentator Ana Navarro will continue to appear as a regular guest co-host throughout the season as she’s done in past seasons.

Former Utah congresswoman Mia Love will join the ladies as a guest co-host during premiere week which also marks a return to the show’s New York City studio for the first time since March 2020. Also returning is the show’s studio audience who will be required to be fully vaccinated with a mask mandate in place for all attendees, regardless of vaccination status. Proof of vaccination status via either Moderna, Pfizer/BioNTech, AstraZeneca, or Janssen/Johnson & Johnson is required for admittance.

To help celebrate the show’s 25th season, co-hosts from the show’s past will make an appearance on Fridays beginning with Star Jones on Friday, September 10 when she joins the table as a guest co-host.

“Twenty-five years is such an incredible milestone,” the show’s executive producer Brian Teta said in a statement. “We have so much planned to honor this amazing platform that Barbara Walters created. I can’t think of a better way to kick off that celebration than by welcoming the co-hosts back to the iconic ‘View’ table and to have them in front of a live studio audience again. We have some truly exciting plans to celebrate this anniversary all season long. We’ll be inviting back all of our legendary lineup of former ‘View’ co-hosts to guest as well as ‘taking a little time’ to find our next permanent cohost to join the panel.”