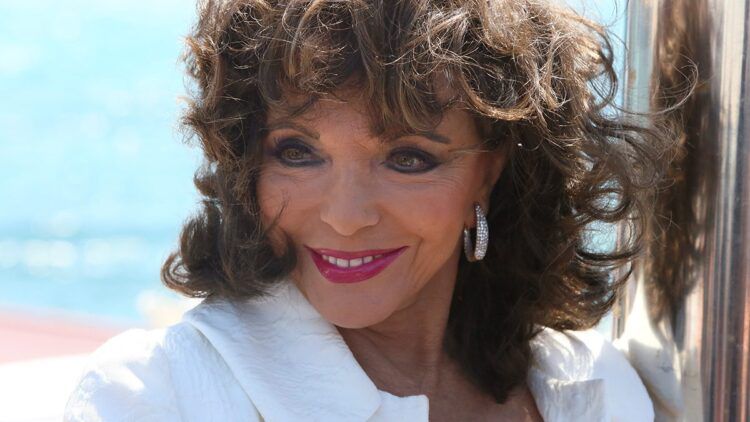 Dame Joan Collins is honoring the life and memory of her beloved former screen partner, the late Michael Nader who played Dex Dexter to her Alexis Carrington Colby on the iconic primetime soap “Dynasty.” The actor, who went on to portray Dimitri Marick on “All My Children” after leaving the ABC primetime drama series, died on Monday, August 23 after a short battle with an untreatable form of cancer. He was just 76 years old.

In a piece she wrote for The Daily Mail, Collins recalls how in 1983 she was asked by the show’s executive producer Aaron Spelling to screen test five actors for the part as her character’s next husband on the series after Alexis had spent the previous two seasons raising hell against her previous husband, Blake.

“Blake and Alexis were constantly at each other’s throats. It’s also fair to say that the actor who played him, John Forsythe, and I were anything but best friends,” shared Collins of the timeline of events. “And those who might become my next husband? ‘I’ll bring them to see you tomorrow morning,’ said Aaron. The next morning five youngish actors slunk onto the set accompanied by an assistant director and I was told to have a brief conversation with each of them.

“The first one seemed a bit of a dolt, the second was too short and the third, I don’t even remember. The fourth candidate was [the late] Jon-Erik Hexum, who later became my co-star on ‘Making Of A Male Model.’ I rather liked him but not as much as I liked the fifth, who I thought was mind-bogglingly handsome. ‘Hi, I’m Mike Nader,’ he said and gave me a charming lop-sided smile, which drew my attention to a tiny scar above his upper lip. It only served to make him even more attractive. My memories of that first meeting came flooding back last Monday when I heard the sad news that Michael had died at the age of 76, shortly after being diagnosed with cancer.”

Remembering the last time she had seen Nader on a New York rooftop celebrating New Year’s Eve, Collins noted, “He looked frail and had lost his hair, but he still had that spark and charm that I remembered only too well from our first meeting. Sizing him up as my future co-star all those years ago, I decided he was tall but not too tall. He had black hair, but not too much of it, and he had a ‘machismo’ that I thought would blend well with Alexis’s feisty temperament.”

Collins recalled a scene where Dex flung open Alexis’ office door where she asked Dex in a demanding way, “‘What are you doing here? Who are you?’ ‘I’m Farnsworth Dexter,’ he said, ‘Call me Dex.’ ‘I’d still want to know why you’re here,’ I replied. He approached me provocatively and we played our scene, which I thought went really well as we seemed equally matched. Then at the end he plonked a kiss on my lips — a move which took me by surprise as it was not in script — before giving me a wink and sauntering off the set.”

That scene is when she knew Nader was perfect for the role. Collins remembered being asked later that evening by Spelling whether the Dex character was good enough for Alexis to marry.

“‘I think he’s great!’ was my enthusiastic response,” shared Collins. “‘I think he’s one of the best-looking men I’ve seen in a long time and he’s a very good actor. I think that our female fans are going to absolutely love him. I just hope you’re giving us some juicy scenes together.’ ‘Just you wait,’ said Aaron. Over the next couple of weeks, Dex relentlessly pursued Alexis and — foolishly — she did not give in.”

Saying that the cat and mouse game between Dex and Alexis would be the basis of their connection throughout the remainder of that season, which drove fans nuts, Collins recalls thinking “I never understood why it took so long for Alexis to fall head over heels for Dex. He was so charming and attractive it just didn’t seem right that she rejected him constantly. But such is the magic of soap operas. Once the producers recognise that they have come up with a fascinating plot line that will make viewers tune in, they will milk it for all it’s worth.”

Towards the end of “Dynasty,” Alexis had been accidentally pushed off of a balcony after a fight broke out between Dex and Adam (Gordon Thomson). “And that was presumably the end of Alexis — as well as the entire show. But when the producers realised they had left the fans without a fitting ending, they decided to film the infamous ‘Dynasty Reunion’ two years later,” Collins explained. Sadly, the reunion wouldn’t include Dex.

“It stretched even a soap for believability,” Collins noted. “The audience discovered Dex had somehow fallen off the balcony before Alexis and she landed on top of him, killing him. The reason Dex couldn’t be part of the ‘Dynasty Reunion,’ however, was far more prosaic. He had joined the cast of U.S. daytime soap ‘All My Children’ and they wouldn’t let him go. And so ended the romance that kept viewers glued to their TV sets every week for several years.”

Collins ended her post saying of Nader’s Dex, “Of all my ‘Dynasty’ husbands, he was far and away the best looking, the best actor and the most charming, and I was extremely happy to have married him. (Sorry, Percy!)”

For more on what Collins had to say about working with Nader and their time together on “Dynasty,” click here. 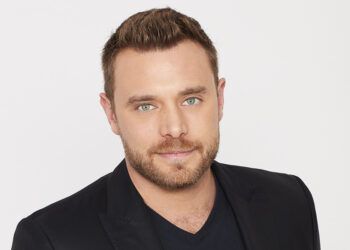 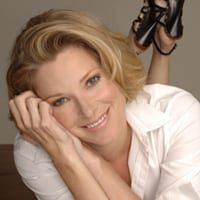 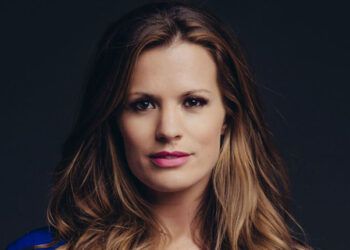 VIDEO: Susan Lucci Heads to ‘Katie’ to Dish On ‘Devious Maids’ and ‘AMC’