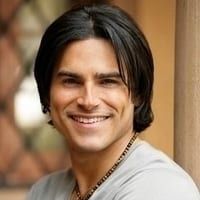 It was only a matter of time before viewers of “The Young and the Restless” would be introduced to Ashland Locke, the husband of Tara Locke (Elizabeth Leiner), an old flame of Kyle Abbott’s (Michael Mealor), who joined the Genoa City canvas starting with today’s, March 1 episode. The daytime drama series has cast soap veteran Richard Burgi (“Desperate Housewives,” “General Hospital”) in the recurring role beginning with the Thursday, March 11 episode.

As previously reported, news of Tara and Kyle’s past entanglement first came to light last month after Sally Spectra (Courtney Hope) and Theo Vanderway (Tyler Johnson) sprung the news on Kyle that as a result of his affair with Tara he might have fathered her baby, Harrison, instead of Tara’s husband.

Upon learning the secret was about to come out, Kyle immediately came clean to Summer Newman (Hunter King) before anyone else had the opportunity. At that point, the only person left out of the loop was the ruthless Ashland Locke himself who after all this time had been led to believe that Harrison was his with Tara.

According to Deadline, which first reported the news, Mr. Locke, an uber-successful tycoon with a reputation for being a shrewd businessman, arrives in Genoa City to oversee a bidding war with the high-powered Newman and Abbott families and will also expose some secrets while he’s there.

Look for things to take a dramatic turn when we start seeing things from Ashland’s perspective.

In addition to playing Karl Mayer on ABC’s “Desperate Housewives” over multiple episodes throughout the show’s eight seasons, Burgi most recently portrayed Paul Hornsby on “General Hospital” from 2014-2016. He made his television debut as Chad Rollo on “Another World” from 1986-1988 and later appeared as Randy Stone on “One Life to Live” in 1988, and in 1989 as Glenn Harrington on “As The World Turns.” From 1992-1993 Burgi played Phillip Collier on “Days of our Lives.”

Among his other notable television credits, Burgi starred in such shows as “The Sentinel,” One West Waikiki,” “Judging Amy,” “The District” and countless others.