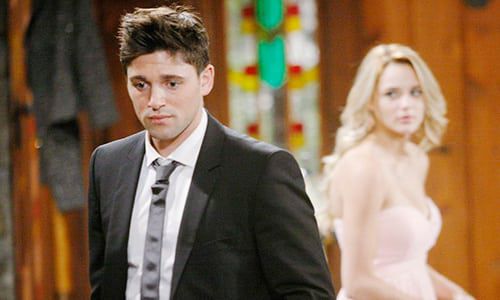 After nearly two months of “Stay at Home” orders being implemented across the globe, it’s becoming clear that 2020 is not the year to be holding gatherings where social distance could pose a problem. “The Young and the Restless'” Kate Linder (Esther Valentine) agrees and has decided to postpone the annual “Afternoon Tea with Kate Linder and Friends” event originally planned for July in Vancouver. The event is expected to return in 2021.

In a letter published on her official website, Linder says, “Over the last month, we’ve drafted this letter many times, then new information would be announced (provincially, federally and internationally) and that would change our message to you. With last week’s announcement by BC’s Provincial health care officer Dr. Bonnie Henry, the decision regarding the 2020 summer Kate Linder event was solidified.”

She adds, “In appreciation for your past support of our event, we wanted to make sure that you heard our final decision about the postponement of this summer’s event from us directly instead of through social media. It’s now official — the 2020 Kate Linder and Friends Annual Event has been postponed until 2021. Some of our past guests have asked us for a way to still support a charity(s) to let the ‘Y&R’ cast and creators know how much Canadian fans love and appreciate them. They wanted to retain their generous nature and still make a difference this year even though the event has now been rescheduled for next year.

“Thanks for your generosity and, of course, the ‘Y&R’ cast would be pleased with any charitable donation you make. You might want to consider Food Banks of BC or Greater Vancouver Food Bank. Our local food banks, like so many other food banks globally, are facing a major food shortage because of the tremendous demand made by so many families. Your support would show all those Y&R cast members and those responsible for producing the number one daytime drama who have visited Vancouver how much you care and appreciate their annual visits. Or you can donate to the Ron Linder Memorial Fund at the ALS Association’s Golden West Chapter.”

For more on the event’s postponement and to read Linder’s letter in full, visit katelinder.com.