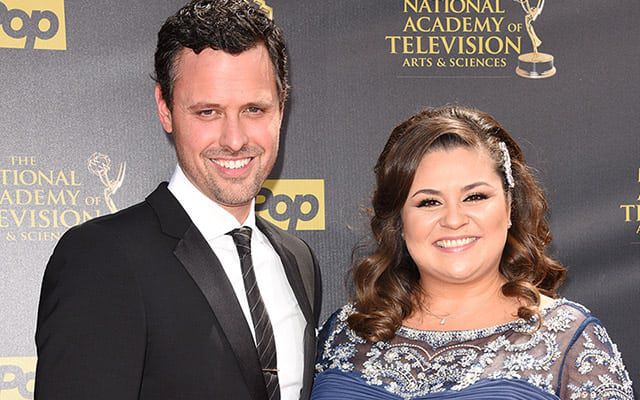 Kelly Thiebaud is bringing life to Port Charles with the recent return of her “General Hospital” character Dr. Britt “The Britch” Westbourne. She’ll soon do the same in Salem when she debuts on “Days of our Lives” next week as a newly created character.

According to Soap Opera Digest and Soaps.com, Thiebaud is set to portray Zoey, Evan’s (Brock Kelly) newly hired lawyer. She debuts during the week of April 13, 2020. The role, which was filmed eight months ago due to the soap’s rapid film schedule, is expected to be brief.

What little we know of the character is that she’ll be stirring things up almost immediately upon arrival, particularly with Rafe Hernandez (Galen Gering) as she throws him not just one but two curveballs in upcoming episodes. Rafe definitely won’t like what he hears when she puts him on notice that’s for sure.

While Thiebaud previously appeared in Salem as a character named Alicia in 2011, reportedly the role of Zoey was to be played by actress Alyshia Ochse. It was unclear at press time what was the cause for the change in actor portrayal.

“DAYS” head writer Ron Carlivati created “The Britch” character from his time as head writer at “GH” and we expect him to make magic one more time with Thiebaud as Zoey on the NBC drama series.

Thiebaud recently appeared in the recurring role of Eva Vasquez on ABC’s “Station 19,” which has been picked up for a fourth season by ABC.