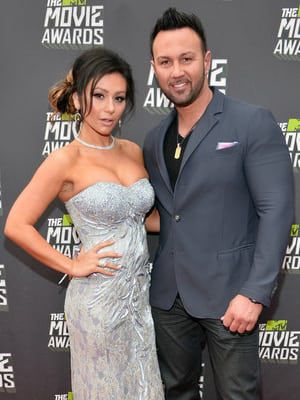 In a shocking turn of events, the Cook County State’s Attorney’s Office announced this morning that all charges against “Empire” star Jussie Smollett have been dropped.

Smollett was facing upwards of three years in prison for filing a false police report, police said earlier this month after charging the actor with 16 felony counts of disorderly conduct.

In a statement, Chicago prosecutors said, “After reviewing all of the facts and circumstances of the case, including Mr. Smollett’s volunteer service in the community and agreement to forfeit his bond to the city of Chicago, we believe this outcome is a just disposition and appropriate resolution to this case.” The actor’s bond payment is said to have been just $10,000.

According to TMZ, Smollett put in two days worth of community service at the Rainbow PUSH Coalition, an organization founded by Jesse Jackson, who also serves as its president. “Honchos at Rainbow PUSH — a civil and human rights organization — tell us, Jussie volunteered for the first time Saturday, putting in 8 hours from 10 AM  to 6 PM. He just completed another 10 hours on Monday,” the publication said.

“Today, all criminal charges against Jussie Smollett were dropped and his record has been wiped clean of the filing of this tragic complaint against him. Jussie was attacked by two people he was unable to identify on January 29th. He was a victim who was vilified and made to appear as a perpetrator as a result of false and inappropriate rush to judgment.

“Jussie and many others were hurt by these unfair and unwarranted actions. This entire situation is a reminder that there should never ben an attempt to prove a case in the court of public opinion. That is wrong. It is a reminder that a victim, in this case Jussie, deserves dignity and respect. Dismissal of charges against the victim, in this case, was the only just result.”

After the charges were dropped, Smollett said during a press conference, “First of all, I want to thank my family, my friends, the incredible people of Chicago, and all over the country and the world who have prayed for me, who have supported me and who have showed me so much love. No one will ever know how much that has meant to me and I will be forever grateful. I want you to know that not for a moment was it in vain. I have been truthful and consistent on every single level since day one. I would not be my mother’s son if I was capable of one drop of what I’ve been accused of. This has been an incredibly difficult time. Honestly, one of the worst of my entire life. But I am a man of faith, and I am a man that has knowledge of my history and I would not bring my family, our lives, or the movement through a fire like this. I just wouldn’t.”

He added, “Now I’d like nothing more than to get back to work and move on with my life. But make no mistakes, I will always continue to fight for the justice, equality and betterment of marginalized people everywhere. So again thank you for all the support. Thank you for faith and thank you to God. Bless you. Thank you very much.”

Chicago Mayor Rahm Emmanuel called the decision to drop charges against Smollett a “whitewash of justice” during a press conference in response to the charges being dropped. “You have a person using hate crime laws that are on the books to protect people who are minorities from violence, to then turn around and use those laws to advance your career and your financial reward, is there no decency in this man?” the angered politician added. “There is no accountability. It is wrong, full stop.”

On behalf of the police department, Chicago Police Superintendent Eddie T. Johnson said, “I’m sure we all know what happened this morning. Do I think justice was served? No. What do I think justice is? I think this city is owed an apology.”

Doubling down on his stance over Smollett’s guilt, Johnson noted, “At the end of the day, it’s Mr. Smollett who committed this hoax, period.” He added, “I heard that they wanted their day in court … so America could know the truth, and they chose to hide behind a secrecy of a brokered deal to circumvent the judicial system.”

Chicago’s top cop also revealed he learned of the decision at the same time as the news was released to the media. “I’m sure we’ll have some conversation after this. But again at the end of the day, Mr. Smollett committed this hoax.”

First Assistant to the Cook County State Attorney Joseph Magats announced that even though the charges were dropped, the outcome neither vindicates, exonerates or proves Smollett’s innocence. He even went so far as to say that he does believe the actor is guilty of what he was accused of. “I do not believe he is innocent,” said Magats in an interview with CBS Chicago reporter Adiana Diaz.

20th Century Fox Television, now a division of the Walt Disney Company and producer of “Empire,” said in a joint statement with the FOX TV network, “Jussie Smollett has always maintained his innocence and we are gratified that all charges against him have been dismissed.” Smollett was suspended from the series, and removed from the last two episodes of the show’s current fifth season as a result of his arrest.

You can watch the Smollett press conferences, and additional conferences and interviews with Chicago officials below.

Jussie Smollett: "I've been truthful and consistent on every single level since day one…This has been an incredibly difficult time, honestly one of the worst of my entire life" https://t.co/kNQqMavks3 pic.twitter.com/j8JakzSF4X

"I do not believe he is innocent," says First Assistant Cook County State Attorney Joseph Magats. The reporter asks then why the charges were dropped: pic.twitter.com/AK0WsdBQlp