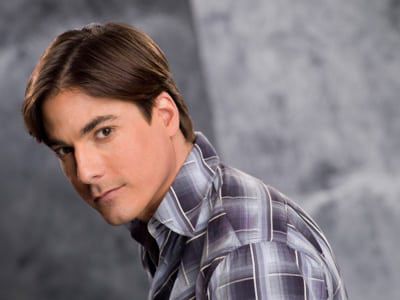 Second Baby on the Way for ‘DAYS’’ Bryan Dattilo!

In the month since Corday Productions filed a lawsuit against Sony Pictures Television over its handling of “Days of our Lives” in recent years, wherein the company alleges, “While the domestic ratings for ‘Days of our Lives’ have remained largely constant, Sony’s distribution receipts have decreased by over 50%,” Sony had mostly remained quiet. That is until last week when the company issued its official response in court.

In its 33-page complaint, Corday Productions is seeking north of $20 million in damages and a desire for Sony to relinquish control of the show back to Corday. The complaint uses such terms as “treachery,” and goes on to say that Sony left the soap opera “completely unexploited for over five years.”

In response, Sony calls the complaint “pure fiction” and blames declining ratings for the show’s predicament, reports The Hollywood Reporter.

“Daytime soap operas face a difficult and evolving television market environment,” Sony says, objecting to Corday’s claims. “There were once 18 different first-run network series; now, there are 4. And since 2011, plaintiff Corday’s series, ‘Days of our Lives’ has finished last in the Nielsen ratings. Given the changes and challenges of the domestic and international markets, as well as DOOL’s ratings, it is not surprising that DOOL’s profitability has declined in recent years.”

The Corday complaint disagrees with that sentiment, blaming Sony’s preference for CBS’ “The Young and the Restless,” which Sony has full ownership. “This dramatic decline is directly attributable to a decision at the highest levels of Sony management to eliminate any competition to its own wholly-owned Series ‘The Young and the Restless’ also distributed by Sony,” the Corday complaint said.

“In the annals of Hollywood television, it is difficult to identify a distributor more guilty of blatant conflict of interest, deceit, perfidy, and abuse of market power,” Corday’s complaint said of Sony. “The only effective remedies are massive compensatory and punitive damages and immediate termination of Sony’s exclusive, perpetual distribution agreement.”

Corday attorney Pierce O’Donnell noted, “This sinister plot is working: while Sony claims that Corday has incurred $12 million in unrecouped production deficits, Sony reports no revenues from supplemental markets, and Sony’s foreign revenue stream for the Series — once garnering tens of millions of dollars per year — is in a death spiral.”

Sony calls the Corday allegations “pure fiction.” According to its legal team, led by Gibson Dunn attorney Scott Edelman, who debunked the claim against its alleged preference for “Y&R,” insisting that the shows have coexisted for 46 years.

As for Corday’s demand that Sony put in some effort in marketing and distributing “DAYS,” Sony says, there is nothing about “effort” obligations in its contract with the producer.

For more on Sony’s response, visit The Hollywood Reporter‘s website.