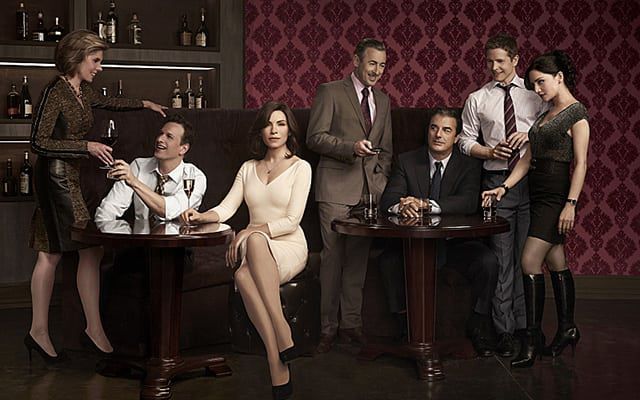 ‘The Good Wife’ Is a Multi-Platform Television Darling

Get ready to return to the original Beverly Hills with word that Jennie Garth, Tori Spelling, Ian Ziering, Brian Austin Green, Gabrielle Carteris and Jason Priestley are in elevated discussions to reboot “Beverly Hills, 90210” for a new generation of fans.

According to TMZ, which first reported the news, the actors were spotted getting coffee together earlier today alongside writers and producers of the project after meeting with executives from streaming giants Netflix, Amazon and Hulu. It’s understood that there have also been feelers of interest from the broadcast networks as well.

Deadline reports that the reboot is being spearheaded by writers/executive producers Mike Chessler and Chris Alberghini, who also worked on The CW’s “90210” iteration and Spelling’s “So Notorious” reality-based series.

Premiering on FOX in October 1990, “Beverly Hills, 90210” ran for 10 seasons and launched the careers of the aforementioned actors along with Shannen Doherty and Luke Perry. The series spawned a number of spinoffs, including “Melrose Place” and “Models, Inc.” In 2008, The CW rebooted the series as “90210” and featured Spelling, Garth and Doherty reprising their roles for the first season. It concluded its run in 2013.

CBS Television Studios is the production company behind the new reboot following its long-ago acquisition of Spelling Television. “Beverly Hills, 90210” was created by Darren Star and produced by Aaron Spelling, and followed a group of young adults as they transitioned from teenage life as students at West Beverly Hills High School, through their years in college and their time owning and buying the best in life with the world literally at their fingertips.

Should project move forward, it’s expected to launch sometime in 2019.