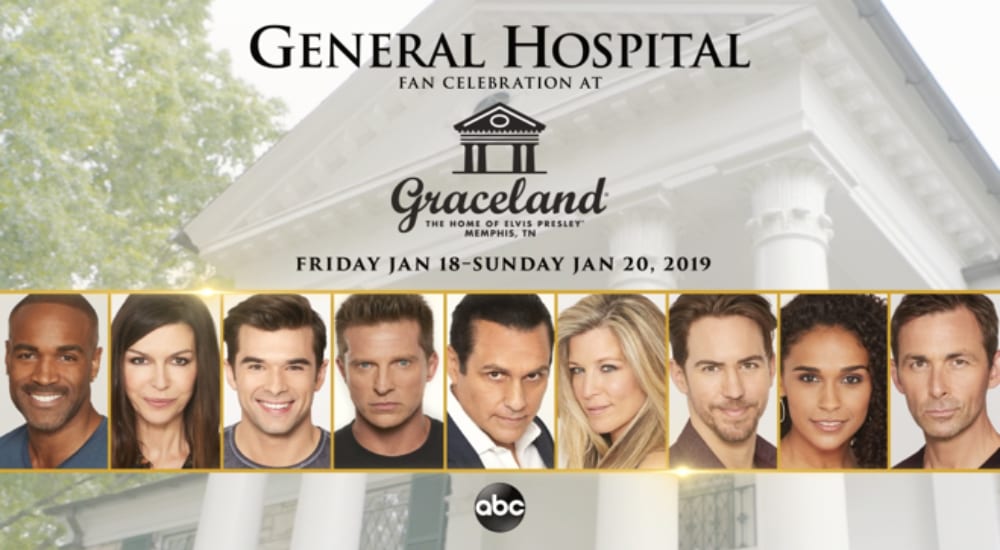 Beginning today, Friday, November 16, fans can visit Graceland.com/GeneralHospital and purchase tickets to “GH”-themed events, such as “The Live Nurses Ball” and the “Metro Court Hotel Lounge Party,” as well as screenings of classic episodes of the soap, blooper reels and never-before-seen content during the weekend of Friday, January 18 – Sunday, January 20, 2019. The cast of the show will also share some of their favorite memories from the series, answer fan questions, and participate in autograph signings and photo opportunities (depending on package selection). In addition to a one lucky fan winning a walk-on role in the show, there will also be a live concert from Rick Springfield (ex-Noah Drake) as a highlight from the incredible weekend.

“I’m excited to meet with the fans and have them spend the weekend with the extremely talented cast of ‘General Hospital.’ It’s a once-in-a-lifetime opportunity in a historic location,” said Valentini.

Various levels of packages are available now for immediate purchase. For more information and additional details on the weekend, visit Graceland.com/GeneralHospital.