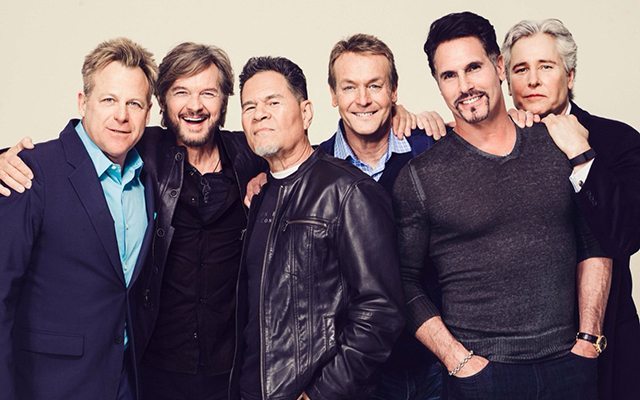 In honor of ABC’s “The Goldbergs” receiving its first ever TV Guide Magazine cover, the publication has turned back the dial with an all ’80s-themed issue, due out on newsstands later this week. As part of the celebration, several of daytime’s biggest hunks from the decade will be featured in the upcoming issue, including Kin Shriner (as Scotty Baldwin, “General Hospital”), Stephen Nichols (as Steven “Patch” Johnson, “Days of our Lives”), A Martinez (as Cruz Castillo, “Santa Barbara”), Doug Davidson (as Paul Williams, “The Young and the Restless”), Don Diamont (as Brad Carlton, “The Young and the Restless”) and Michael E. Knight (as Tad Martin, “All My Children”).

Although a few of the actors are currently moonlighting on different soaps as different characters — Martinez as Eduardo Hernandez on “DAYS,” Diamont as Bill Spencer on “The Bold and the Beautiful” and Knight as Dr. Simon Neville on “The Young and the Restless” — the actors all have at least one thing in common: They are still “STUD-sational,” according to former “DAYS” and “One Life to Live” star Kassie DePaiva, who herself spent a portion of the ’80s as Chelsea Reardon on “Guiding Light.”