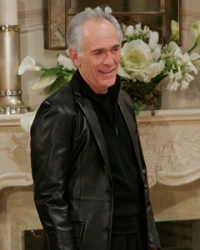 Anthony drops in on Tracy Quartermaine – and see they may have something in common.

Lulu finally decides to go home – without her father – but someone is following her.

Maxie and Spinelli get stuck in the sewer as she looks for Sam’s engagement ring. Even the familiar tight quarters do not jog Spinelli’s memory of his identity.

Shawn checks in on Carly and Josslyn with the intention to say goodbye. Meanwhile, Jax has not forgotten about his daughter.

Michael and Abby attempt to track down Sonny, who has been missing since Brenda left him. But Michael has more on his mind– he still has eyes on the mob.