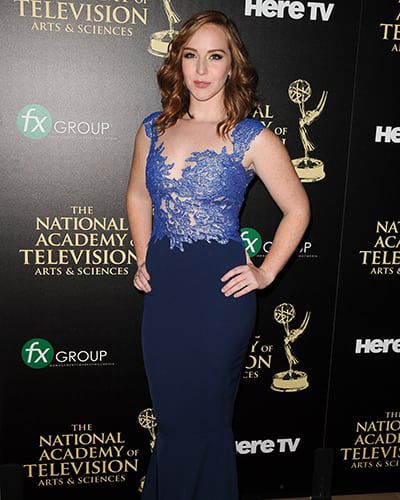 “The Young and the Restless” alum Elizabeth Hendrickson (ex-Chloe Mitchell; ex-Maggie Stone, “All My Children”) has launched new web series “30 Days Max.” Billed as “a quirky unromantic comedy,” it stars Hendrickson as a 30-something woman who begrudgingly resorts to a month of online dating to try to mend her broken heart. Will Max uphold the deal that she makes with herself by swiping right? Or is this new way of meeting men all wrong?

Hendrickson, who produces and stars in “30 Days Max,” created and wrote the project with her cousin, Melissa Lux. They raised the funds to film its pilot via a Kickstarter campaign started on April 26, 2015. By May 20, less than a month later, $12,227 had been pledged to help bring the comedy web series to life.

Filming began in July, at which point Hendrickson revealed who her leading man would be. “I am tickled with joy to announce that my dear friend Billy Aaron Brown (8 Simple Rules) is going to play the Will to my Grace!” reported Hendrickson.

Here’s a peek at the pilot episode that was released on February 14:

You can check for updates on “30 Days Max” and watch behind-the-scenes video footage here.