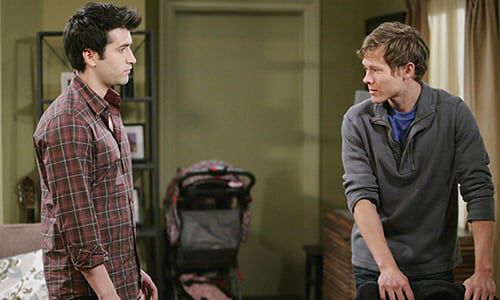 Eileen Davidson (Ashley Abbott, “The Young and the Restless,” ex-Kristen DiMera, “Days of our Lives”) stunned “The Real Housewives of Beverly Hills” when she dropped a major bombshell on the show’s January 19 episode: she is a physical abuse survivor.

The big reveal came during the cast’s Hamptons getaway, while all the ladies were sharing secrets. The actress explained that before she found lasting love and happiness with current husband Vince Van Patten, she was involved in a couple of abusive relationships. She endured one as a teenager and another when she was in her 20s.

“I consider myself a strong woman,” Davidson shared on her Bravo blog. “I’ve played strong female characters throughout my acting career. I think most people who know me would describe me that way. Being ‘strong’ doesn’t mean you can’t find yourself in an abusive relationship. It can happen to anyone.”

Davidson explained that she knows, first hand, what it means to be in a place where self-esteem is so low, “that you believe, maybe even subconsciously, that you deserve to be mistreated.” She also understands the “delusion” of thinking that love can change a partner’s behavior.

To those who find it hard to imagine Davidson being the type of person this could happen to, the actress points out, “There is no stereotypical victim.

“If I can say anything to the many women and men out there who think there’s no way out, it would be: You are not alone,” says Davidson. “You can be strong. You can get help. You can leave.”