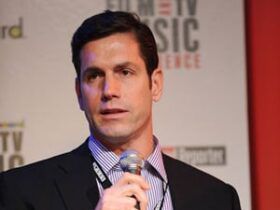 Susan Lucci portrayed the iconic role of Erica Kane on ABC’s “All My Children” for more than 41 years. Sadly, the character would last be seen on September 23, 2011, when a shot rang out during an event that brought Pine Valley’s most prominent citizens together. Despite Prospect Park bringing back the series for a short-lived online iteration in 2013, Lucci was unfortunately not part of the cast. Currently pulling double duty as host of the Investigation Discovery series, “Deadly Affairs,” and starring in Lifetime’s “Devious Maids,” Lucci recently told Soap Opera Network, during an Investigation Discovery/Glamour Magazine event honoring actresses Rosario Dawson, Marcia Gay Harden, Tamara Taylor and Stephanie March, that she remains proud of her daytime run as Erica Kane and that’s she’s having a great time with where her career has taken her since.

“I will always be so proud and so happy to have played Erica Kane and be a part of ‘All My Children,'” said an enthusiastic Lucci. “I’m so thrilled that there’s millions of fans that came with me to ‘Devious Maids,’ part of that Devious Army, and watching ID [for ‘Deadly Affairs’]. When I’m in airports and restaurants, the word I keep hearing is that they are addicted. Those fans are addicted to both Investigation Discovery and to ‘Devious Maids,’ and that makes me so happy!”

As narrator of “Deadly Affairs,” Lucci introduces viewers to a real-life story from the perspective of a character, which she credits Henry Schleiff, Group President of the Investigation Discovery, American Heroes Channel, Destination America, Discovery Family Channel and Discovery Fit & Health, for giving her the opportunity. “He presented this to me, and I believe it’s the only show, maybe in the genre, where a person poses as a character as I narrate with the voice of the character.”

While she doesn’t go by an actual name, Lucci says her character is “very raw and very sly,” which she credits to the writers. “They write very funny stuff, and yet, when we get to the part [when] talking about the victim, there’s a respect there. It’s written very well.”

The third season of “Affairs” Thursdays on Investigation Discovery, and Lucci certainly knows first hand what value the series has. “The man in the studio, when I do the voiceovers, he will say to me, ‘Oh, I can’t believe this!’ and yet they are real-life crimes, ripped from the headlines. What I love about the show so much, in addition to the fun in that character, is that at times I watch the news and I hear things that are ‘Oh, my god…how terrible!’ The nature of the news [business] is they’re onto the next news story the next day or the next week… we never find out what happened in the end. With ‘Deadly Affairs,’ we find out what happened and we hear about it from the voice of the real people who were involved…what happened and what [the] people were like.”