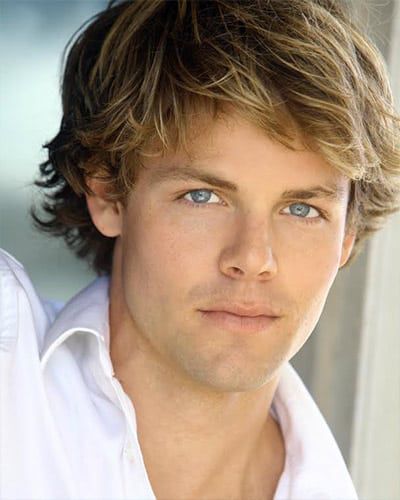 It’s always a struggle for “Days of our Lives’” Brady (Eric Martsolf) to stay sober, but events that transpire this week on the NBC sudser push the character to the absolute limit: Following a slew of outlandish circumstances that only happen on soaps, the stressed out addict was just slapped with the news that his ex-lover, Theresa (Jen Lilley), is pregnant! But just how will Brady handle this latest curveball? And will he and Theresa ever be reunited with the (as of now unborn) child that Kristen (Eileen Davidson) secretly stole? Soap Opera Network spoke with Martsolf to get his thoughts!

Saying that Brady has been through a whirlwind as of late is an understatement, and with Theresa now claiming she’s pregnant, he’s likely to be tempted by his addictions again — especially considering he was basically forced into his recent sobriety. “He was tricked into sobriety, he’s polishing up his relationships with his family members and his loved ones, and just as he thinks he’s getting his life on track, Theresa throws an ‘I’m pregnant’ bomb at him,” the actor says of the first bit of news that could send the character snowballing back toward his addictions. “Theresa becomes convinced that she is pregnant. She tells Brady she’s pregnant. But Brady wants nothing to do with it. He doesn’t believe that she’s pregnant. He’s not believing anybody at this point, because his trust is broken with the entire community.”

“It’s been such a ping pong match for him emotionally; nothing has been clear cut or solid in his life,” the actor continues. “He’s been lied to by the closest people in his world… and you can’t really have love without trust. So there’s just this shift, and Brady is trying to maintain his sobriety, but everything in his life seems to be pushing him back towards what comforts him, and what comforts him are his addictions and his demons.”

As viewers know, an added twist in the already convoluted plot is that as Theresa claims to be pregnant, she and Brady are unaware that Kristen secretly performed an embryo transplant — or, in other words, she stole Theresa and Brady’s baby before it was even born! And that’s another devastating loss looming on Brady’s horizon. “Kristen performs an embryonic transplant so any chance that Brady ever had to be a father is being whisked away in the womb of Kristen? I mean, that’s insane,” says Martsolf before joking: “Where is she? Last time I checked, she was on ‘The Housewives of Beverly Hills’ or ‘The Young and the Restless.’ How the hell is Brady going to find her?!”

No matter how it turns out, the future is shaky for Brady, who’s wounded and unable to trust anybody at the moment — no matter the circumstances. “The only thing he trusts, that he knows that he can go to, is his drugs and his demons. Will he go back into that? I can’t tell you. I can’t specify. But it’s always there. It’s always looming over his shoulder.”