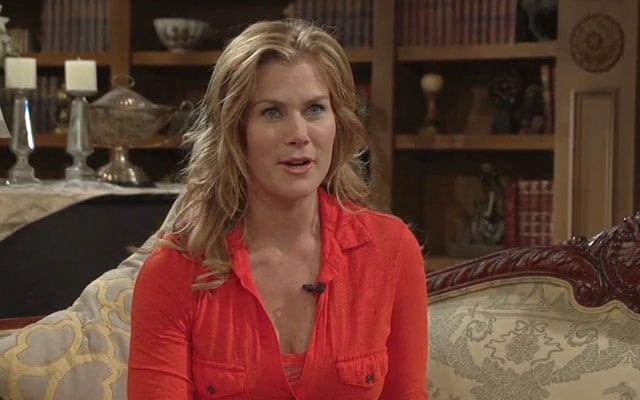 On Thursday, October 30, fans of NBC’s “Days of our Lives” will be saying goodbye to Alison Sweeney and Samantha ‘Sami’ Brady after more than 21 years. As she gets ready to wrap her two-decade long stint on the daytime drama series, Sweeney shares some of her favorite memories from the beginning to the end, including what it was like finding out she was cast as Deidre Hall‘s TV daughter, some of Sami’s most memorable romances, and much more.

In a newly released video interview posted on NBC.com and Hulu.com, Sweeney noted some of her favorite storyline moments, which included Sami getting punched in the face by her sister Carrie (Christie Clark) for lying about Austin (then played by Austin Peck) being Will’s father, Sami on death row for killing Franco (Victor Alfieri), the baby switch reveal with Nicole (Arianne Zucker), and more recently Sami learning that EJ (James Scott) cheated on her with Abigail (Kate Mansi), which she particularly loved because “it was us for the first three acts of the show.”

At the end of the video, cast members and fans from a recent “DAYS” fan event wished the actress the best in all her future endeavors.