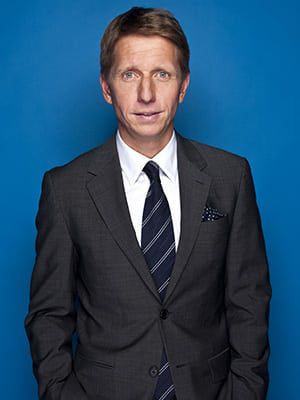 In its newsletter, “The Bold and the Beautiful” executive producer and head writer, Bradley P. Bell, shared the following teasers of what fans can expect for their favorite characters in the next couple of months on the CBS Daytime drama series.

Having endured the ups and downs of true love for more than two decades, Ridge (Thorsten Kaye) and Brooke (Katherine Kelly Lang) find themselves reunited with a new and very big obstacle, Bill Spencer (Don Diamont). These two star crossed lovers have forgiven and forgotten many things in their lives, but will they be able to overcome Brooke’s betrayal of her own sister? As Ridge attempts to come to grips with the news of Brooke’s latest romance, he turns to the one person who might be able to give him the understanding and comfort that he needs, Katie (Heather Tom). Meanwhile, still longing for Brooke, Bill tells her that he will not be reuniting with Katie, but will do whatever it takes to make her is own. True love, betrayal and the bonds of family test the love of Ridge, Brooke, Bill and Katie like never before. A fresh new year will be brighter for some, and not so bright for others.

Ridge is welcomed back to Los Angeles with open arms by his father Eric (John McCook) and almost everyone else at Forrester Creations. The rivalry between brothers Ridge and Rick reignites when Ridge walks back in to the Forrester Creations offices as if he never left. Will Ridge’s return impact Rick’s (Jacob Young) position as President of FC? Rick and Caroline (Linsey Godfrey) settle in to married bliss. She becomes his biggest supporter as he struggles to keep his position at Forrester in the wake of Ridge’s return.

At Quinn’s (Rena Sofer) urging, Steffy returns to Los Angeles to share her good news with Liam (Scott Clifton) before his wedding to Hope (Kim Matula). Will her surprise appearance affect the outcome of the impending nuptials? With Quinn waiting in the wings to manipulate the outcome, and Wyatt (Darin Brooks) waiting in the jet hoping to offer comfort and romance, Hope and Liam’s future is seemingly in jeopardy. Which Spencer brother will be her protector and ultimately win the fair maiden’s heart? If Quinn has anything to say about it, the answer is Wyatt. But maybe she shouldn’t underestimate Liam just yet. He’s on to Quinn’s machinations and determined to make Hope his wife.

Quinn befriends Pam (Alley Mills) to keep her advantage with Eric and Forrester Creations. But what will happen when Pam and Charlie (Dick Christie) learn of Wyatt and Quinn’s dark secret? Will this dynamic baking duo do Quinn’s bidding? Or, will they put their own safety on the line and show the world Quinn’s true colors? 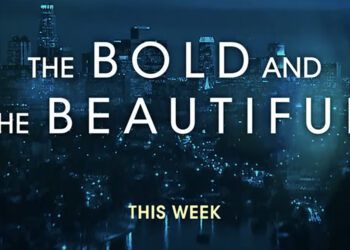 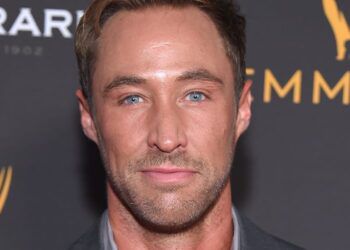 Kyle Lowder Back to ‘DAYS’ 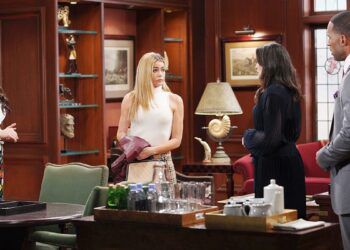 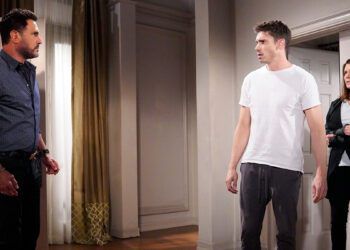