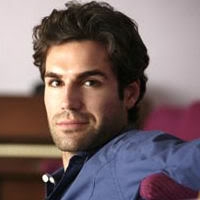 (SoapOperaNetwork.com) — A look at what's happening on "All My Children" during the week of January 31, 2011.

Ricky's request takes Kendall by surprise on Tuesday, February 1. Greenlee decides to hold her wedding at her favorite location in the world. Madison helps out a slightly sloshed Ryan. On Wednesday, February 2, Madison's actions leave a smitten Scott dejected. Cara figures out why Tad rejected her help. Natalia and Brot both make sacrifices to be together. Brot gives Natalia a special gift on Friday, February 4.

The Inside Story: Crash…
Ryan gives David a taste of his own medicine. Jesse finds David making an apparent escape from the hospital rooftop. David insists to Marissa that he was framed. Kendall is the recipient of a jailed David's one phone call. On Tuesday, February 1, David toys with Kendall who holds her own. Kendall suddenly collapses in front of David. David manages to revive Kendall after being released from his cell. Jack reaches his breaking point with Erica. Erica finally comes clean with Jack. Griffin reveals to Erica that Kendall is developing an aneurysm and is refusing to have the major surgery required to save her life. Erica makes a heartfelt plea to Kendall. Griffin explains the risks of the surgery. Kendall's memory comes flooding back as David and Ryan go at it outside of her room on Thursday, February 3. Griffin listens as a horrified Kendall recalls the night of the shooting. Dr. Castillo's inability to reach Erica for her prompts Kendall to take drastic action. Griffin races to find Kendall before time runs out for her.

A Closer Look: and Burn!
On Monday, January 31, Krystal issues Annie a warning. Marissa and Krystal confront JR about Annie's unsettling behavior. JR gives Annie an ultimatum after learning she staged the burglary at the mansion. JR tells Tad he won't discard Annie just because she's broken and later covers for her with Marissa. Annie freaks out when JR vents his frustration at her exhausting behavior. JR reassures Annie of his love but tells her that they have to see Dr. Burke immediately. Colby gets the goods on Annie. Annie "neutralizes" Colby's threat. Racing to make her appointment with JR and Dr. Burke on Friday, February 4, a crazed Annie winds up crashing her car straight into the ambulance carrying Kendall while hallucinating.