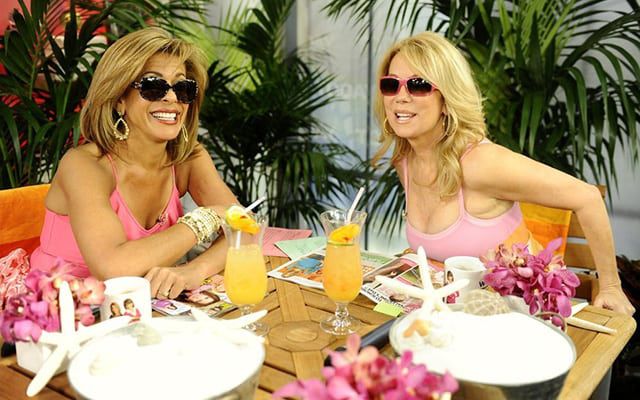 This week on “Days of our Lives,” the heat between Daniel (Shawn Christian) and Nicole (Arianne Zucker) builds to an exciting kiss between the pair! But will the scintillating smooch be a game changer? Soap Opera Network caught up with both actors to find out!

Daniel and Nicole have been on the hunt to try and save Eric’s (Greg Vaughan) reputation, and everyone knows that when a male and a female go on a perilous adventure together, sparks are bound to fly! “You’ve got two very tumultuous, passionate, intense characters, very unpredictable characters, who find themselves in the circumstance of trying to help Eric, and then, as they go on this crazy, wild adventure – we jokingly called it Gun and Needles at one point, because we have guns and needles –they’re doing something with so much intensity, and they get caught up in the adrenaline of the moment,” Christian shares of the kiss. “Not to mention, the history that they’ve always shared seems to bubble under the surface no matter what they’re doing, whether it’s having each other’s backs or trying to save Eric or trying to figure out Daniel’s life with Jennifer (Melissa Reeves). They’ve grown so close together as people who sincerely care a lot about one another, and they know the worst about each other, and they know the best about each other. So you mix into that melting pot some adrenaline, and the sky is the limit.”

Zucker agrees that there’s potential for the pair to really connect, especially considering their characters have never really been given a chance to thrive as a proper unit. “They started to get written, but kind of in an odd way, with Nicole being pregnant,” she recalls. “Prior to [her breakdown over the baby’s death], Daniel and Nicole really bonded. Nicole fell for him because he [helped her] on his own. There was no manipulation. He helped her, and the fact that someone helped her without her having to manipulate the situation made her fall for him. How could you not? He became a hero at this point for her.”

Alas, life got in the way, and Nicole fell for Eric, but Zucker says that doesn’t mean there won’t be a real chance for Daniel and her alter ego in the future. “I think you can be in love with two people,” she says. “They’re just different. They’re different types. I remember being younger and dating, it was like, ‘I’m dating this guy, I kind of like this guy, but this one gives me goosebumps, but I don’t like that baggage that he comes with,’ so it’s not that it’s unheard of. It happens all of the time.”

However, she points out that Nicole possibly won’t want to destroy her friendship with Daniel — which may put a stop to their romance blossoming further. “She doesn’t want to mess up again, this friendship that they’ve built; she has a high respect for him for accepting her back as a friend and accepting her back into his life,” she teases. “And I think the kiss could be more of a genuine, ‘I will always be attracted to you, even if this might not be the right thing.’”

“We’ll have to wait and see,” Christian adds of what’s to come. “I don’t know where they’re taking it, I really don’t. But there are some twists and turns ahead that neither Daniel nor Nicole anticipate!”