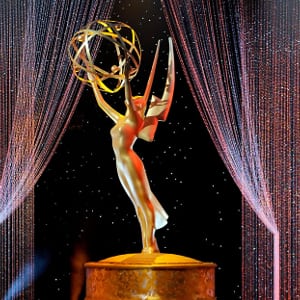 The National Academy of Television Arts & Sciences (previously incorrectly indicated by us as The National Association of Television Arts & Sciences) announced today that both CBS’ “The Bold and the Beautiful” and “The Young and the Restless” have received additional nominations for the 40th Annual Daytime Entertainment Emmy Awards. The category that bumped both soaps up in total counts was Outstanding Original Song for a Drama Series, which previously listed one song for “General Hospital” and one song for “Y&R” when nominations were first announced on Wednesday, May 1.

According to the revised listing, “GH” was not nominated for the song “Just Like That” by Rie Sinclair and Risa Binder, Composers & Lyricists. However, the lack of a nomination in this category did not change the soaps total count of 19 nominations.

“The Sunflower” by Bianca Moon (Composer & Lyricist) helped push up “B&B’s” total count from the previously announced 15 nominations to 16. This is Moon’s first nomination and the third nomination for “B&B” in this category.

“Y&R,” which was previously only nominated for the song “Only Loves Goes On Forever” by Jack Allocco, David Kurtz and Gary Verna, Composers & Lyricists, is now also nominated for the song “Love Will Find A Way,” also by Allocco, Kurtz and Verna, Composers & Lyricists. “Y&R’s” Emmy count has been revised from 23 nominations to 24.

The winner(s) for Outstanding Original Song for a Drama Series will receive their award at “the 40th annual Daytime Entertainment Creative Arts Emmy Awards,” which are set for Friday, June 14 at the Westin Bonaventure Hotel in Los Angeles, CA.

“The 40th Annual Daytime Entertainment Emmy Awards” will be presented LIVE on Sunday, June 16 from the Beverly Hilton Hotel is Beverly Hills, CA from 8-10:00 PM ET on HLN.