Doug Davidson (Paul Williams, “The Young and the Restless”) may have been nominated for an Emmy for Outstanding Lead Actor twice before, but the veteran actor admits that the honor never, ever gets old. In fact, he says the onset of social media has actually made receiving the honor all the more spectacular! “The support we get from the fans is so immediate now, because of Facebook and Twitter and all of that, and it’s almost like they’re riding along with you. So it’s really exciting!” he says. “Everybody should have something like this in their job, where you step back and get recognized by your peers.”

The celebration following the announcement of the nominations is pretty dang perfect; Davidson reveals that even the show’s executive producer, Jill Farren Phelps, called him on the day of and said the day was the best day of the whole thing. “I guess that’s because we can share all of our joy with everybody who’s nominated, and the day after, only the winners get to celebrate!” the actor jokes with a laugh.

But what’s not so perfect, he says, is the way the submission process works. “The way the rules go is you get to submit one show, and that show, supposedly, is what’s going to be judged,” he explains. “I would suggest it might be nice to have a rule change, especially in our genre, because it is about the day to day. You can have one good show, an episodic, but really, a soap actor has to go in day in and day out and perform. So it’s really hard to reduce it to just one episode.”

And that, he notes, may be why some very talented actors didn’t make the cut this year. “I could go through each cast list, and for one reason or another, people didn’t have the great material that fit into the contest,” he says, adding that it feels slightly funny to say he and the three other Lead Actor nominees — Michael Muhney (Adam Newman, “Y&R”), Peter Bergman, (Jack Abbott, “Y&R”), and Jason Thompson (Patrick Drake, “General Hospital”) are the best four actors in daytime. “You can’t make comparisons like that. We are four lucky actors that are able to be recognized this year.”

As 2013 progresses, it looks like many of the show’s actors will have great material to submit for next year’s Emmy Awards. And that’s because the show’s new regime — executive producer Farren Phelps and headwriter Josh Griffith — has so far done a pretty commendable job. Though, Davidson says it’s tough to decipher whether or not they’re better than the last regimes who’ve helmed the sudser! “I guess it’s like deciding which one of your children do you love most, or which girl do you like to play opposite, and I’ve likened it before to walking into 31 Flavors, and you’ve got a lot of choices, and each one of them, you enjoy for different reasons,” he explains. “I can only say positive things about all of the regimes that I’ve had to deal with. I’ve not always agreed with them, but I will say all of them tried to do the best they possibly could. And we have a very, very qualified team in position now, and I think they’re working as a unit, and I think Sony and CBS and our production staff are all working together to create the best possible daytime drama on the air. “

So what does this mean for the actor’s alter ego? “I’m excited about our future, but I don’t know what’s in store for Paul,” he admits, adding that as long as the producers and writers stick to the heart of the show, he’s sure it’ll be good. “It is about people, it is about relationships, and I think that the new regime understands that concept.”

As for the Emmy Awards and his nomination, Davidson is thrilled. “I’m so blessed to have been given some great material last year, and it’s an honor to be recognized,” he says. “I’ve never won one before, so I’m once again happy that I get another shot at it.” 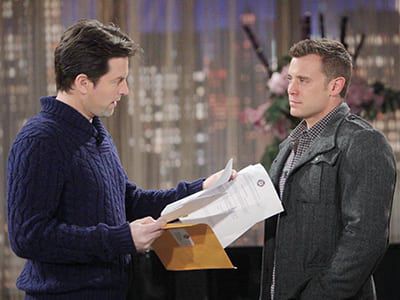 Last week’s ratings for soaps may have been a little low (as Soap Opera Network reported here), but as for February Sweeps? “The Bold and the Beautiful” and “The Young and the Restless” kicked some major you-know-what!

GH Promo: Lulu Had It All 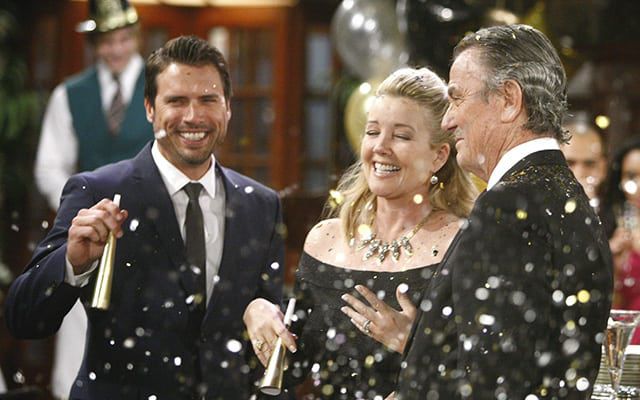 February marks Melody Thomas Scott’s 35th anniversary playing Nikki Newman on “The Young and the Restless,” and in celebration of the special event, the actress is heading to Hallmark’s talk show “Home & Family!”