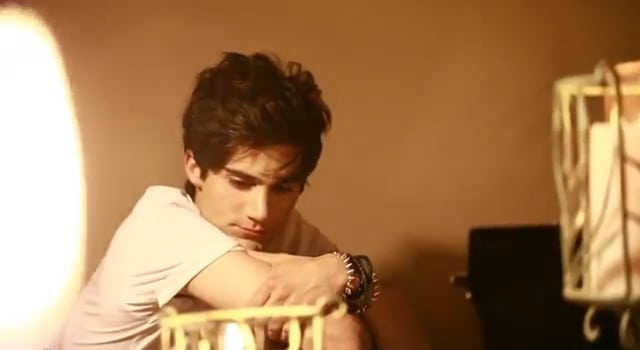 “The Young and the Restless’” Max Ehrich (Fenmore Baldwin) has gone from soap star to rock star seemingly overnight. He and his boy band, Infinity, just recently released a music video of their version of Rihanna’s Stay, and now the group is prepping for their first ever live performance!

Ehrich and his fellow musicians — Zak Dronek, Austin Powell and Brandon Kane — will be hitting the stage tomorrow, May 18, at The American Cancer Society’s Relay for Life event at Walter Reed Middle School in Studio City, CA. “Zak in my band, he lost his father to cancer, so it’s a been a big part of his life, and he has continuously said he wants to do something related to a cancer organization,” explains Ehrich of why they chose the event to debut their stage skills. “We’re really just thrilled to be there… commemorating and supporting a good cause.”

Cindy Margolis and Rob Ballesteros are hosting the event, which will also include performances by Lawrence Duff (“Glee”), YLA (“Keeping Up with the Kardashians”), Rotini, Mother Rose, Michelle Anderson, Derek Jamison, Jay Sangz and DJ Sachi Lee, as well as appearances by celebrities like Michael Bay, Fran Drescher and Jimmy Kimmel.

Infinity will hit the stage at 4:45 with a performance of Stay along with an original song and a yet-undecided third tune. “I’m really excited for everyone to hear the original song; it’s my favorite,” says Ehrich. “We want to express light and positivity and just give a good show.”

For more information on the Relay for Life benefit, which starts at 9 am on Saturday, May 18, check out the event’s official Facebook page.