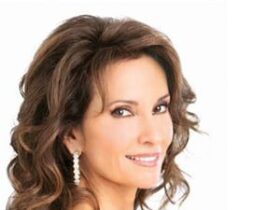 Jack observes Todd with Dorian’s gun on Monday, August 22. Téa remains committed to the man she married. Starr and Dani argue over Todd and Victor. By week’s end, Blair finds the gun missing. Todd and Victor have a huge confrontation. Bo tries to diffuse the tense situation. Téa and Blair remain in shock over the true identity of both men, but are unable to keep peace between the brothers.

The Inside Story: Dead or Alive?
Rex is shocked to find Kim using Gigi’s name at the Kentucky strip club on Monday, August 22. Kim tells Rex she is unable to help him. Gigi’s spirit urges Rex not to give up on her. Kim tells someone about her encounter with Rex. On Tuesday, August 23, Bo visits Asa’s grave on the anniversary of his death, and has a heart-to-heart talk with Renee. Clint is depressed that he can’t be at the mansion to honor his father’s legacy, and seeks Nigel’s help. Rex returns home and catches Natalie up to speed. Kim decides to return to Llanview. Rex tries to talk to Gigi. Kim pays David a visit. By Wednesday, August 24, Rex allows Clint to pay his respects, and father and son inch closer toward reconciliation. Bo, Joey, Kelly, and Natalie learn of Clint’s “escape” from Llanfair. Rex leaves the Buchanan’s to honor their fallen patriarch, and goes to the cemetery. Kim and David reach an understanding. Clint encounters his ex-wife. Rex makes a startling discovery on Friday, August 26, and asks Bo for a huge favor. Natalie tosses her step-mother out. And Kim arrives at Gigi’s grave.

A Closer Look: For the Love of Family
Ford and Jessica agree to keep their distance from one another. Joey and Kelly prepare to leave for London on Tuesday, August 23. Aubrey wishes Joey well. Kelly urges John to forgive Natalie. David chooses love over his career. John leaves Dorian with a little unfinished business to take care of. Natalie gives John back the tape on Wednesday, August 24. John asks Natalie about her visit with Delphina. Brody threatens Victor to keep quiet about Liam. Joey wonders if he parents new living arrangement might rekindle their relationship. Addie and the rest of the Cramer clan throw a farewell party for Dorian. On Friday, August 26, Viki and Dorian experience a little déjà vu, and later share an emotional farewell. And David says good-bye to Bo.