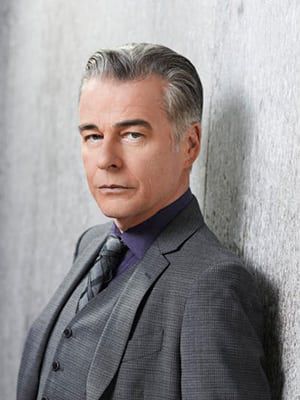 (SoapOperaNetwork.com) — A look at what’s happening on “General Hospital” during the week of August 22, 2011.

Jackal, P.I. can’t ignore his feeling about the bakery (Luzetta). Maxie takes Jackal, P.I. on an emotional field trip. He is affected. Will Spinelli return to Maxie on Wednesday, August 24? Diane and Max make a decision about their relationship. Skye delights at Tracy’s discomfort. Johnny secretly listens as Skye and Anthony discuss their scheme. Sam makes it clear to Jason she’s in charge. Robin tells Jason & Sam her theory about his condition. Patrick and Matt butt heads over who will operate on Jason. Jason and Sam make an important decision on Friday, August 26. Will they regret that decision after things appear to take a horrible turn?

The Inside Story: Natural Born Killer
On Monday, August 22, we see Jax safely hidden and in Skye’s care. Carly continues to rip into Sonny for what he’s done. Sonny contemplates his biggest regrets at the hospital chapel. Carly and Shawn’s bond continues to grow. Sonny pleads his case to Michael. Abby is incredulous that Michael can support the actions Sonny took against [Michael’s] former step-father. Dante overhears Sonny and Carly fighting about Jax. Abby and Sonny don’t hold back the verbal punches. Abby runs into Johnny and their is an obvious connection as they confide in each other. Mac comforts Alexis who fears Jax’s fate. Michael’s support of Sonny agitates Carly.

A Closer Look: Girl Interrupted
Anthony gets to Siobhan before Lucky. Siobhan manages to leave a note in the aftermath of Anthony’s attack. Elizabeth fears Lucky will blame her for what has transpired. Lucky doesn’t see Siobhan’s note. He later battles the urge to succumb to his addiction again. Matt helps Elizabeth cover when Steve confronts them about the missing drugs that Elizabeth used to help Lucky while he was going through withdrawal. Matt confronts Lucky after finding Siobhan’s note on Thursday, August 25. What does it reveal?