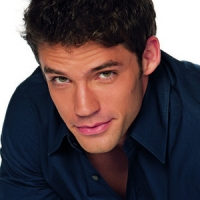 (SoapOperaNetwork.com) — The men in black are back, Mr. and Mrs. Patel come to Llanview, and other minor casting odds and ends for “One Life to Live.”

Despite the fact that it has already been announced that both actors will be leaving “OLTL” this summer, look for Gina Tognoni (Kelly) and Tom Degnan (Joey) continue to air through the month of July.

Fans of the adorable little tyke Patrick Gibbons, Jr. (Sam) can expect to see more of the the wide-eyed six year old in the coming weeks.

Although it is unknown at this time who has been cast in the roles, Vimal’s parents arrive in Llanview from India on Thursday, July 21, hoping to see their son and now pregnant daughter-in-law. But how will Vimal handle the situation?

Jonathan Earl Peck returns as Agent Baker on Wednesday, July 20 when he and one of his agents track down their man, but what will he do with him?

And look for Christopher Stadulis to appear as Agent #2 soon. The actors says on Twitter that he booked the role on June 9, and on Facebook that his scenes will air on Friday, August 12.

The character of Ionia (Kate Hodge), who plays Dorian in David’s movie “Vicker Man” (and who is currently throwing herself at David), has been given the last name of “Masters.”

Kristen Alderson (Starr) posted this picture on June 30 on Twitter with the comment “Fun photo shoot day!” She also responded to a fan tweet asking if there were any Starr/James love scenes coming by saying simply “maybe.”

And here’s a funny little post Nick Choksi (Vimal) made on his Facebook page last Wednesday: “Having discovered that my wife is a lying whore, my character goes on a bender with his new drinking buddy Todd Manning in tomorrow’s episode of ‘One Life To Live.’ This is a fun one. It continues into Fridays episode, where the booze makes me brave. ABC, 2pm, thu and fri.”