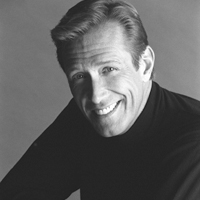 (SoapOperaNetwork.com) — Many familiar faces from Pine Valley’s past will help “All My Children” ring in 2010.

“All My Children” celebrates its 40th Anniversary on Monday, January 4th and Tuesday, January 5th. The popular ABC soap is marking the anniversary by bringing back many of its former stars. As previously reported by Soap Opera Network, those stars include Kelly Ripa, who played Hayley Vaughan from 1990 to 2002, Ripa’s husband Mark Consuelos, who played Mateo Santos from 1995 to 2002, Julia Barr, who played Brooke English from 1976 to 2006, Eva La Rue, who played Maria Santos from 1993 to 1997 and from 2002 to 2005, Laurence Lau, who played Greg Nelson from 1981 to 1986, Taylor Miller, who played Nina Warner from 1979 to 1984 and from 1986 to 1989, Leven Rambin, who played Lily Montgomery from 2004 to 2008, and Eden Riegel, who has played Bianca Montgomery off and on since since July 2000. James Mitchell, who last appeared in the popular role of Palmer Cortlandt in September 2008, has since been added to the list. The aging Mitchell retired from “AMC” in 2008, after 29 years of kicking butt and taking names as the devious Mr. Cortlandt. Ripa and Consuelos will air throughout both special episodes, all the other participants will air in brief interview style segments on the January 5th episode, where past and current residents of Pine Valley reminisce about and reflect on their hometown.

Walt Willey, who has played Jackson Montgomery since 1987, will also appear on the special January 5th episoide. Look for Willey to also pop up on the Wednesday, January 6th episode where Jackson’s daughter Greenlee dreams of being reunited with her shockingly problem-free loved ones back home in Pine Valley. While wide spread reports that Willey had been taken off contract this past summer were supported by Jackson vanishing for the past several months, the actor was never removed from the shows credits. Via his Twitter account, Willey reports that he’ll tape four episodes in Los Angeles, “AMC’s” new production home, in January. Those episodes should air in February. Source indicate that powerful forces, including “AMC” creator Agnes Nixon and the soaps biggest star Susan Lucci (who plays Jackson’s on-again, off-again love interest Erica Kane), are making a case for the actors permanent return.

Zach and Kendall will be making a brief reappearance or two in Pine Valley this January, as previously reported by SON. The popular on-screen duo, whom left town with their children on December 29th, will join Jackson in making an appearance in Greenlee’s unique dream on Wednesday, January 6th. The duo will also appear on the January 5th anniversary episode. Thorsten Kaye and Alicia Minshew taped these scenes during “AMC’s” last week of production in New York. As previously reported, Minshew is on a maternity leave that sources indicate will run until the summer of 2010. Correlating with the move to Los Angeles, Kaye has opted to part ways with the ABC soap.

The other contract actor “AMC” lost due to the move is, of course, original cast member Ray MacDonnell. MacDonnell will make his last contract appearance on the soap on the special 40th Anniversary episode on January 5th. Sources tell Soap Opera Digest that MacDonnell is open to making guest appearances on the soap he premiered on in 1970 in the future. The sporadically seen Lee Meriwether, who plays Joe Martin’s wife Ruth, will exit with MacDonnell.

In other casting news, Anna Koonin will continue to air regularly as Nurse Gayle through January. Look for Jim Horigan to put in several more appearances as Krystal’s (Bobbie Eakes) new boyfriend, Rob the architect, in January. Michael Malone, who plays Erica’s favorite assistant Val, will also pop up several times this month. George McDaniel will wrap up his stint as Madison North’s (Stephanie Gatschet) father on Monday, January 4th.

Update (1/8/10): Yes, that was Timothy Adams fans recognized with Greenlee (Rebecca Budig) and David (Vincent Irizarry) on the Wednesday, January 6th episode of “AMC.” The former “Sunset Beach” and “One Life to Live” star will continue to air in the role of Dr. Clayton throughout January.