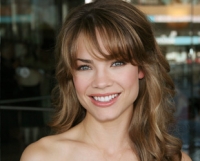 Elizabeth checks suspicious activity at the hospital, only to be called out on overzealousness. Siobhan witnesses a close moment between Elizabeth and Lucky, and gets hit by a sudden headache and another medical ailment. Meanwhile, Anthony sets drugs in Lucky’s path.

Carly is stunned when Elizabeth breaks the news that Sam and Jason are engaged.

Patrick and Carly run into each other as Emma eats breakfast. But tension rises when Robin arrives, and it might be a food fight between the women.

Sonny looks like hell, mourning the ruin of his marriage.