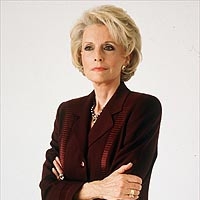 Helena tests Lucky’s patience, thrilled that Luke has spun out of control.

Horrified that she is to blame for Siobhan’s near death surgery, Elizabeth worries others will think she purposely tried to kill Lucky’s wife.

Dante tracks Lulu down in her motel room and urges her to give up her search for Luke. Later, he follows her to the bordello, where they pretend to be strangers.

Jason talks marriage with Sam, and she wonders if he is proposing to her.

Livid, Sonny threatens Jackal, P.I., who clumsily tries to shoot him. Jason and Maxie come to Spinelli’s rescue, but Sonny is adamant Spinelli release his $20M. Spinelli thinks Maxie and Sonny are kissing and does not like what he sees.