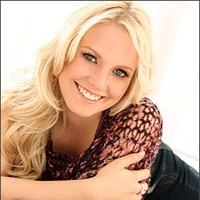 Nora and Bo walk through her restored memories of the night Eddie was shot, and she remembers seeing Clint at the Minute Man.

Tess makes fun of Ford in his hot dog costume and then calls Cutter. Cutter lies to Aubrey about seeing Tess. Tess arrives at his motel room and they kiss, which causes Tess to turn back into Jessica. Brody gets a call that Tess shoplifted and Ford tells him she may be with Cutter. Aubrey and Cutter have sex in his motel room. Rex interrupts, seeking clues to Eddie’s murder.

Joey admits to Brody that Ford said Aubrey dumped him because he didn’t have money, and that worries him.

Dorian asks Viki to be her matron of honor. David tells Dorian he can’t marry her.