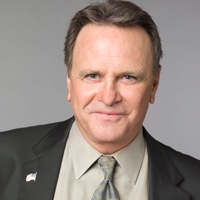 Bo and Nora spiral into shock and denial after receiving the devastating news about Matthew. Nora in particular refuses to believe that her son is beyond hope and demands every measure be taken to save him. Matthew is taken for a nuclear profusion scan, a test that will prove his prognosis conclusively.

Meanwhile, Nate is stunned to find out the extent of Matthew’s injuries. Nate can’t take the heat and excuses himself.Destiny falls apart after overhearing Matthew’s doctor writing off his patient. Bo and Nora are comforted by Rex and Viki. Nora hangs onto her optimism until the doctor returns with more devastating news. Rick overhears Nate telling Deanna he’s sure he caused Matthew’s injuries.

Viki and Rex bear witness as Clint’s heart gives out again. Viki is forced to tell Rex the truth that Clint is dying. Clint’s doctor takes drastic measures to save Clint’s life, installing a ventricular assist device. The silver lining is that Clint has shot to the top of the transplant list.

Tess believes she is saved when Ford, dressed as an orderly, appears in her room at St. Ann’s. Ford first demands the information about Aubrey and Joey that may aid his pursuit of Ryder. Tess promises to tell Ford what he wants to know after he breaks her out. The two argue, neither trusting the other to follow through on their promise. Ford ultimately moves to walk out, prompting Tess to blurt out everything about Aubrey and Joey’s sham marriage. Ford attempts to make good on his promise but isn’t quick enough and the pair are discovered and Ford is thrown out.

Cutter surprises Aubrey and Rama with the news that Clint signed over the house to him and now he wants them all out. Rama tries to improve her position with Cutter by claiming she advocated for him to Aubrey. Her case gets better when she and Aubrey trade punches. Cutter lets Rama stay, but Aubrey, Joey and Ryder must all go.

Deanna encounters down-on-his-luck Rick at the Buenos Dias Café. Deanna isn’t much better off since last they met. Rick says there’s always a role for her at Treasure Island. Deanna declines his offer.