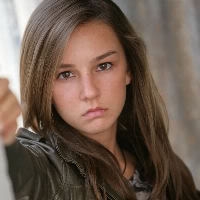 Alexis and Sonny argue over the right way to punish Kristina after her Dominican Republic antics, as Kristina pushes her romantic agenda with Ethan.

Unable to remember how to use a computer, Spinelli cannot unfreeze mob funds for Sonny’s business, which concerns Jason and Sam greatly.

Michael gets multiple job offers to keep him busy over the summer – including a way to end the war between Sonny and Anthony. Meanwhile, Edward approaches Jason then offers Abby a job at ELQ, but with strings attached.