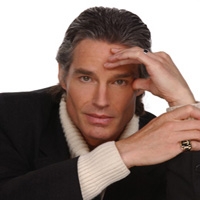 Stephanie told Brooke that she wanted to believe and trust in her but realized it's the same ol' same ol'. Brooke told her that they were better than this. Steph said that she thought they were but they're not, and that it would never be possble for them to be friends. She then asked Brooke if she just can't help herself when it comes to betraying people. Brooke asked Stephanie to please let her explain. Taylor bounced back into the conversation. "So you can make excuses and lie like you always do?". The women continued to argue back and forth. Brooke couldn't win either of them over. She reminded Stephanie one last time how much they've been through the past few months and asked why she would want to throw that away over something so meaningless. "You see, that's the problem. You think something as important as this is meaningless. You seduce that boy into kissing you, and then you keep the secret from your husband!" snapped Stephanie. She said she sometimes thinks Brooke doesn't know who she is. "I'm just a slut from the Valley" said Brooke. Steph told her that she wanted to trust her so badly, but she ended up betraying her. Brooke said that she didn't. Stephanie told Taylor that she was sorry and that she should've listened to her before. Steph told Brooke that she let her down, but most of all she left her husband down. Taylor asked Brooke if she even thought about how this would damage Ridge and Thomas's relationship. Brooke said that she did and that's why she didn't want Ridge to find out. Taylor called BS and said that Brooke knew Ridge would be angry with her. Stephanie added that Brooke knew she would lose Ridge if he found out. Brooke said, "I really hate to disappoint you ladies, especially you Taylor knowing how badly you still want Ridge, but he loves me and he knows how much I love him and our marriage is stronger than its ever been, and it's certainly not going to be affected by some silly little kiss.". Brooke then left the room.

Ridge announced to Thomas that the cancellation of the Taboo line would be effective immediately. Thomas couldn't believe it and reminded Ridge of how successful the line has been, saying that he'd be making a mistake if he cancelled it. He told Ridge that they were just alike and asked him if he'd ever kissed Brooke while she was married to Eric. "Don't you see? Dad I am just lke you!". Ridge said that he was cancelling the line for the better of everyone, especially Thomas. Thomas asked Ridge if he really wanted to start a war with his own son. Ridge said that he didn't want to argue. Thomas told him that he earned this line and worked hard for it and that none of this was fair. He accused Ridge of letting his emotions get the best of him and not acting like a CEO. "You're not thinking about what's best for the company.". Ridge told him that he's thinking about what's best for the family. "Dad, you're making a BIG mistake over something so silly! Look I appreciate women, all women, just like you; but you need to stop listening to mom and her insane psycho-babble.". Ridge told him that he should have listened to Taylor a lot sooner. "Great, now she's got you convinced that this is a huge deal and that working with Brooke is somehow corrupting me!" Thomas said in disappointment. Ridge asked Thomas why he even kissed Brooke in the first place. "Like I said, I really don't know why. Maybe it was all the talk about Brooke's pull over the Forrester men. Wanted to see if there was any truth to it." said Thomas. Thomas asked if that was worth ruining their relationship and his line. Ridge told Thomas he didn't want to ruin their relationship but that there was more to this than he even realized. Thomas told him that he does not have feelings for Brooke. Ridge said he wasn't sure about that. He told Thomas that he should've put an end to all of this after Thomas's runway stunt. Thomas told him that brought Forrester great press and then begged once more for him not to cancel the line. Ridge told him the Taboo line is DONE. There was no changing his mind.

Alone, Ridge ordered Madison to send out the Taboo cancellation memo and to cancel the Taboo press release. Brooke entered the room and told Ridge that Steph knows the news. She expressed how disappointed she was that their friendship was over. Brooke said that Steph and Taylor were both overreacting about the kiss and told Ridge that they should just put this all behind them and get back to business as usual with the Taboo line. Ridge broke the news to her that he cancelled the line. Brooke begged him not to pull it over this silly mistake!

Thomas went to see his mother and grandmother. He scolded Taylor for telling his father and told her that she's ruined everything. Stephanie told Thomas that he was in way over his head. He told Stephanie that for the record he was the one who kissed Brooke, not the other way around. He continued to defend the kiss & Brooke. He then told them that Ridge cancelled the Taboo line. "All of my hard work down the drain because of you're paranoia of Brooke.". Taylor told him that this is the way it has to be.

Later, Madison visted Thomas in his office and told him about the cancellation memo. He told her not to send out the memo or cancel the press conference. Once Madison left, Thomas said to himself "You want war, dad? You've got war."