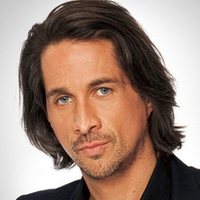 John presents his evidence to Jack, Téa, and Todd. David arrives to see visit his family. Deanna tries to calm him.

Tomas intros Dani to Baz. Baz, eager to get away from Tomas, invites himself along to Nate’s graduation. Baz and Starr come face-to-face again. Blair tells Starr about Tomas’ son. Later, she calls Tomas to see how things are going with Sebastian.

Tomas admits his son couldn’t get away from him fast enough. Blair shows up to comfort him, telling Tomas that his ex-wife said something that suggested Tomas was lying when he said he found that photo of Todd and Blair (from which he painted her portrait) at the flea market.