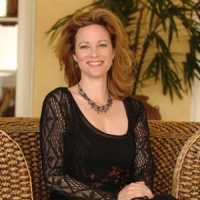 (SoapOperaNetwork.com) — Following weeks of speculation as to the identity of the woman cast by “One Life to Live” in the role of Ionia, who portrays Dorian Lord (Robin Strasser) in David Vickers Buchanan’s (Tuc Watkins) biopic “Vicker Man,” we finally learn the name of the actress cast in the recurring role. According to Soap Opera Digest Kate Hodge, best known for her breakout role of Michelle in 1990 slasher film “Leatherface: The Texas Chainsaw Massacre III,” has been tapped by “OLTL” to play the aspiring actress, whose primary job is to make lives miserable for the newlyweds.

Hodge has a long list of film and television credits including “Super Christian 2,” “Rapid Fire,” and “The Hidden II,” as well as “As the World Turns,” “She-Wolf of London,” “Ellen,” “thirtysomething,” “NCIS,” “Boston Legal,” and “Law & Order: Criminal Intent.”

Look for Hodge to first appear on screen as Ionia on Tuesday, June 28, as she carries out Echo’s (Kim Zimmer) orders to drive a wedge between the lovebirds by making it look as if she is having an affair with David. However, that’s only the beginning. But will Ionia and Echo succeed in their quest for revenge, or will love win out in the end? Tune in to find out!

Click here to read a summary of the audition script for Ionia.