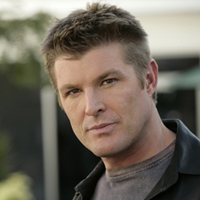 Taylor celebrated her engagement at home with Stephanie and Steffy. Taylor couldn't believe her and Ridge are getting married again Stephanie told her that she deserves this. Later, Taylor and Stephanie sat down for tea. Taylor thanked Stephanie for the ring and said she was honored to have that Forrester heirloom. Talk shifted to Brooke and they talked about how she has no morals. Taylor said she felt vindicated and that she can finally stop worrying about Brooke coming along and ruining everything. Stephanie laughed.

At Forrester, Thorne, Eric and Ridge worked with some models in the office. When the models stepped out, Thorne demanded Ridge to tell him why he and Brooke broke up and why Brooke left the company. Ridge said it was between him and Brooke. He then announced that he proposed to Taylor last night. Thorne got upset and told Ridge he was moving to fast and making a mistake. He stormed out. Eric told Ridge that Thorne would probably feel differently if he knew what happened between Brooke and Thomas. They talked about Brooke not being able to remember what happened and Eric said he thinks she's blocking it out.

At home, Brooke looked at a photo of her and Ridge together. She thought back to the previous night when Stephanie told her that Ridge proposed to Taylor. Hope came downstairs and said good morning. She could tell her mother wasn't fine and accused her of burying herself in the foundation project to hide her pain. Hope wondered why she even wanted to work with someone who hates her. Brooke said Stephanie doesn't hate her, just what she did to Thomas. Hope couldn't believe it when Brooke told her Ridge and Taylor were engaged already. She asked her mother why she was giving up so easily. Brooke told her that it's the best for Ridge. Hope told Brooke that at some point she's going to have to forgive herself. Brooke noted how disillusioned Katie and Donna were when she told them what happened with Thomas. Hope told her mother that she's not alone and that she has her family by her side on this. Later, Brooke looked at a letter from her attorney. Ridge stopped by. They talked about telling RJ about the divorce.  Ridge asked Brooke if she remember anything else about what happened on the island. Brooke said she didn't but that she won't stop trying. She said her betrayal shattered their life and dreams together. Ridge wondered if he could still call her 'Logan'. Brooke said she wouldn't want him to call her anything else. "I will always be your Logan," she told him softly. She then showed Ridge the final divorce decree that she got from her lawyer. Ridge admitted to proposing to Taylor last night. "I did what you wanted me to do," he told her. Brooke said it was hard to hear him say that but she accepts it. She told him she thinks they should get married quickly to start the healing process. She added that she will always love him and always cherish the memories they've had. Ridge took her into his arms and then kissed her before slowly walking out the door. Brooke sobbed.

Hope came by Steffy's office and gave her some promo photos. Steffy noted how Hope's handling her parent's reunion better than she thought. Hope snapped that it's because she doesn't think it'll really happen. Steffy said that Brooke won't ruin it this time and that Ridge will never forgive her for what she did with Thomas. Hope told Steffy that she thinks Thomas is lying. Steffy accused Hope of being desperate and in denial. She said that she, her mother and Thomas all deserve happiness with their father for once and added that her mother deserves happiness more than anyone. "I think my mom deserves to be happy, to." said Hope. "Yeah your mom will be happy–with another man because my father is officially off the market," Steffy replied. Steffy told her that integrity, goodness, and loyalty win in the end and that unlike Brooke, her mother has all those things. Hope told Steffy that her "sainted" mother isn't perfect and also noted to Steffy that her mother only allegedly slept with her brother, unlike Taylor who definitely slept with her brother. Steffy yelped that her mother and Rick were in an actual relationship and that it was completely different. Hope said she was just sayin'. Steffy told her that Brooke betrayed her dad in the worst possibly way and that he'll never forgive her. Hope said that Ridge loves her mother and that he will always go back to her. "It's their destiny."