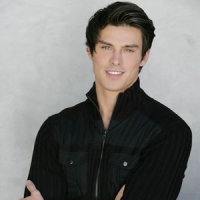 Thomas sketched some designs at home and paced around, thinking about how he lied to his father and Brooke. He went for a run and returned home. He looked at an advertisement in a magazine, which made him flash back to Paris when he was with Brooke and all the things she said and did to support him. He bolted out of the house.

At home, Brooke flashed back to Thomas confessing what happened on the island. She didn't notice Ridge come in behind her. He told her he was worried about her and asked if there was any way he could help. He asked about RJ. Brooke told him he was ok and at a friends house. They talked about Hope and Liam. Brooke expressed that she's been praying that her and Ridge could get a miracle just like Hope did with Liam. She said she knew they were pushed apart over something totally different though. Brooke told him that Stephanie was right to want him with Taylor, noting how she's never brought heartbreak or scandal into his life. She told Ridge she gave Taylor her wedding ring earlier. "As a reminder to love you the way I couldn't," she said. Ridge told Brooke he wanted to forgive her but doesn't know how. Brooke said she cost them everything and is confused about blocking everything out. She told Ridge she wants him to be with Taylor. "That is where you belong, that's where you've always belonged," she said. She let him know that she already started the divorce. Ridge said he felt they should slow all of this down. Brooke told him they both knew where this was headed. "It's not like I want to be without you, I just don't want to cause you any more pain," she said. She encouraged Ridge to be there for Thomas, Steffy, and Taylor. "Reunite your family. Marry Taylor."

At Forrester Creations, Eric was on the phone with Marcus. Stephanie took some medication and looked at a photo of Thomas. She thought back to when she told Thomas to lie. Eric hung up the phone and told Stephanie that Marcus is ready to take care of his child with Amber. He noted that Tawny and Amber's lie would come back to bite them. Just then, Taylor came in. She told Stephanie and Eric that she had an interesting day. She pulled out Brooke's wedding ring and filled them in on how Brooke wants Ridge to move on with her. Stephanie speculated that Brooke has an agenda. Taylor said she didn't think so and that Brooke seems like a different person now. Stephanie asked Eric for some alone time with Taylor. Stephanie told Taylor that Brooke continues to amaze her. Taylor agreed. Thomas showed up and was surprised to see Taylor and Steph. He told his mother that he's been jogging to clear his head.  Taylor asked if he was okay. Thomas told her he was. Taylor continued to question him until Stephanie intervened and told Thomas about Brooke giving Ridge and Taylor her blessing. She told Taylor she was very happy for her and looked at Thomas and said she knew he was to. Thomas faintly smiled. Taylor left. Stephanie asked Thomas what really brought him to the office. He told her that he forgot something. Stephanie told him that his mother looks really happy. Thomas said he feels guilty and that she must feel that way to. Stephanie said that the end justifies the means and that there's no turning back.