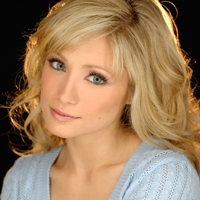 (SoapOperaNetwork.com) — A look at what's happening on "The Young and the Restless" during the week of June 27, 2011.

Jack tells Victor he isn't scared of the subpoena he was given, on Monday, June 27. That same day, Jack goes from arguing with Victor to that of Diane, when he gives her a warning regarding Kyle. Diane realizes she's in deep regarding the SEC. On Wednesday, June 29 Nick confronts Billy about doing what's right by Victoria, while Victoria debates on Victor's offer to be on the Newman board. On Friday, July 1 Restles Style goes up for the taking.

The Inside Story: Determined to Hide the Truth
Ashley and Katherine are stunned when Tucker asks why Abby tried to kill him. Not wanting Abby in trouble, Ashley tries to get him to believe that he is mistaken. Tucker and Ashley have time alone in his room to talk, while Katherine begins to question to herself about what really happened to Tucker that fateful night. Shortly after Tucker awakens, D.A. Spencer hustles himself into the hospital, ready to pounce for answers from Tucker. Katherine doesn't want her son to be bothered but Tucker tells Katherine Spencer can ask him whatever he wants to know. Ashley nervously leaves the room so the two can talk. Like a dog to to a bone, Katherine is determined to find out who's telling the truth about the accident. She soon bumps into Diane and wants answers on what she saw. Diane tells Katherine that she knows for a fact that she saw Ashley behind the wheel. When Victor is questioned by her, he stalls on sharing what he's learned, which only makes Katherine leery of Ashley. Meanwhile at the hospital, Ashley returns to the room and is pleased to know that Tucker told Spncer he couldn't remember what happened when he was hit. Tucker discovers that the accident has left him unable to read what is written, which prompts doctors to run another series of tests. While still at the hospital, Tucker wants the two of them to get married as soon as possible. The couple do just that and as Tucker and Ashley are pronounced husband and wife, Katherine arrives to see the whole thing.

A Closer Look: A Familiar Face Returns to Genoa City
Determined to keep Abby from telling the truth, Ashley calls Victor to tell him what's going on. Abby, however, wants the truth to come out and plans on making that happen by putting her confession out on the web. Victor, meanwhile, has other plans for Abby, and manages to have her placed into a rehabilitation center. Back at the ranch, Noah, who is paying a visit to his grandfather, is curious to know what's been going on with Abby. Victor assures him not to worry about her; she'll be just fine. While at the rehab center, Abby comes face-t-face with a familiar person: Eden. Eden shares with Abby that she's been in the center for a few months and managed to keep it a secret from everyone. Eden learns that she's been set to be released from the facility. The young woman tells Abby that she ruined things with Noah, while Abby shared about the accident she caused. Meanwhile, Noah comes to see Abby The two talk when Eden shows up. Without Noah seeing her, Eden decided to hide herself. Determined to stay in Genoa City to get closer to Noah again.