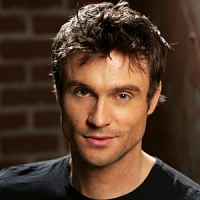 (SoapOperaNetwork.com) — A look at what's happening on "The Young and the Restless" during the week of May 23, 2011.

Katherine and Sofia have it out over Tucker's wishes on Monday, May 23. Victoria has a heart-to-heart with Traci when it comes to her yearning for baby Lucy to return home. Heather feels Nina's anger on Wednesday, May 25 when she learns Chance wants to go back to the military. Phyllis's latest stunt sets Billy off and on Friday, May 27, Nikki stumbles onto all things Abby and Ashley.

The Inside Story: Colin and Caleb Plot to Break Lily
Colin celebrates how proud he is of Caleb for getting Lily to believe that she's talking to her dead husband. As the two talk, Caleb tells Colin that he believe it's time to get the ball going sooner in snatching the twins from Lily, even admitting that it might be best to do away with Jill, Lily and Neil. Unfortunately for Caleb, Colin is dead set against it, especially after the last plan they did together killed his daughter, Samantha. Meanwhile, Lily continues to spiral out of control the more Caleb toys with her mind by telling her that her loved ones doesn't want them to be together. When Colin learns that Lily's family are growing increasingly concerned about her mental health, he tells Caleb that they are closer to getting what they want. Caleb asks his father if he can have Lily for himself once their plan has been achieved, to which Colin agrees to. When Lily has a breakdown, she asks Neil to take care of the twins because she's falling apart. Neil agrees to be there for her daughter. In the meantime, Colin's plans slowly start to unravel when Caleb has a secret meeting of his own, and his own agenda with Genevieve: Cane and Caleb's mother.

A Closer Look: Ashley's Lie Plague the Status of Jabot
While Tucker stays in a coma, things continue to hit hard for Ashley. Det. Mauro continues her investigation of the accident and she begins again with Abby, who still doesn't know she was the one that hit Tucker. During the interrogation, Abby snaps and tells Det. Mauro that she was the one that caused the accident to begin with: she set up Tucker and Diane to meet that night at the cabin. The detective finds this as proof that Ashley had a reason for wanting to get even with Tucker and has Ashley arrested. Unfortunately, with her arrest, and with the fact that she refuses to tell the truth, things continue to worsen for Ashley. Katherine takes things into her own hands when it comes to Tucker and decides not only to keep Ashley from visiting Tucker, but tosses her out from Jabot. Not missing a beat when learning of Ashley's firing, Jack tries to work on the charm with Katherine in hopes of stepping in as the one to run the company. While Katherine is impressed,Jack, who decides to go gloat the possible success of having the compnay back to Victor, isn't aware that the Dark Knight has his own plans to take Jabot. With Jabot in limbo of being run, Katherine finds herself face-to-face with the ghost of John Abbott to steer her in the right direction.