Home / News / Fact or Fiction: Production of ‘All My Children’ to Halt for Three Weeks in July? 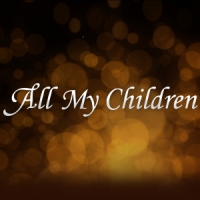 (SoapOperaNetwork.com) — Vincent Irizarry, who plays David Hayward on “All My Children,” reportedly told fans during a fan event the weekend after news broke that the ABC soap was canceled that production on the drama series would go dark for three weeks in July, as per usual. This despite the soap opera being scheduled to cease production for good come August. Since then fans have been speculating if Irizarry’s comment was misconstrued due to the fact that as a New York based production “All My Children” did not have a three week hiatus in July. Did the back-burned actor mean he would be going on a normally scheduled annual vacation – or would the ABC soap indeed schedule a hiatus for three weeks in July? Soap Opera Network did some digging and has the answer.