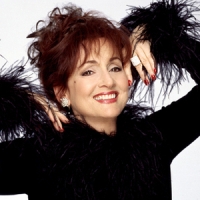 (SoapOperaNetwork.com) — As we previously reported, Robin Strasser announced earlier this month that, due to impending back surgery, she would be forced to leave “One Life to Live,” where she has played fan favorite Dorian Lord off and on for nearly thirty years, before the show is scheduled to wrap production in mid-November. Now Strasser reveals the date she will tape her final scenes for the show, putting a sense of finality on one of Llanview’s most legendary characters.

Sounding upbeat, the outspoken soap vet again took to her Twitter page last Friday to announce “HONORABLE DISCHARGE JUST SIGNED AND FAXED. Mutually agreed to, I will tape my last show July 1. I look forward to my life AFTER ‘One Life.'”

And while it has been speculated that Dorian and her new hubby David (Tuc Watkins), who is returning to Llanview in late June, will leave the show together, Strasser tweets that she has “no control over how they’ll write Dorian off, I haven’t had significant story in years-hoping they’ll do Dorian good.”

A final airdate for Strasser has not been announced, however given the show’s current production schedule, it may be late summer or early fall before she is last seen. “One Life to Live,” meanwhile, will broadcast its final episode on Friday, January 20, 2012.